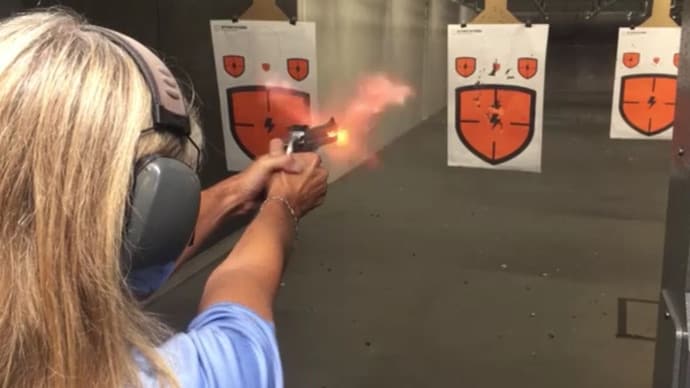 Bond Arms is partnering with Mag-Na-Port International to offer the first ported barrels in its derringers, the Texas-based gun maker announced at an exclusive tour attended by Guns.com this month.

During the tour and later on the Defender Outdoors range in Forth Worth, writers got to see, handle and shoot a Mag-Na-Port outfitted derringer. Bond Arms derringers feature changeable barrels of different lengths and finishes. In this case, a .45 Long Colt derringer was fitted with a six-inch polished stainless Mag-Na-Port barrels. 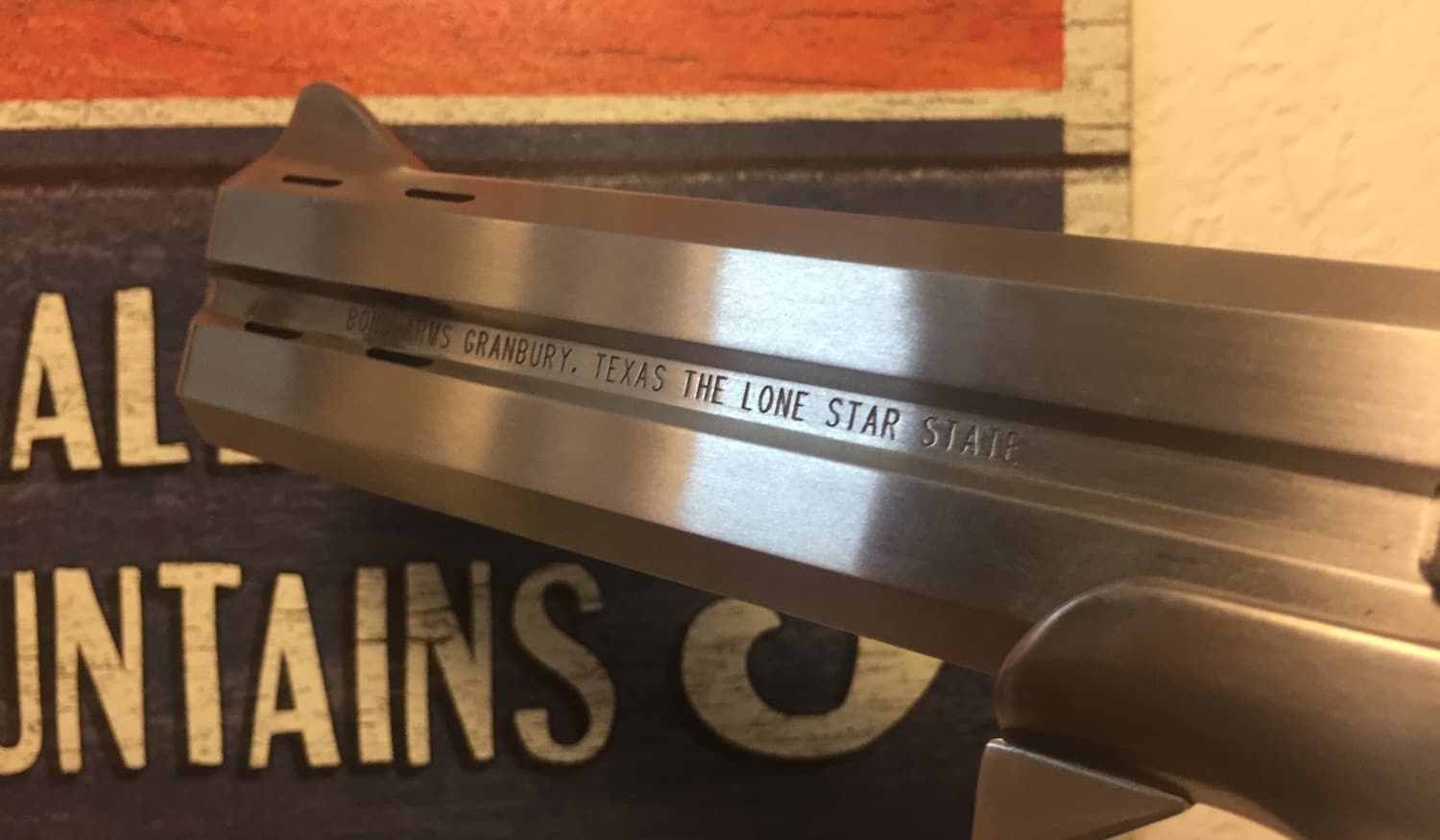 In appearance, the porting doesn’t detract from the handgun. Mag-Na-Port’s process drills two trapezoid-shaped holes in the barrel, placed about half an inch behind the muzzle, at approximately 2- and 10-o’clock from the shooter’s perspective. (Photo: Team HB)

As the owner of chronically pained wrists and as a shooter experienced with the mulish kick of anything with “45” and “Bond” in the same name, I was hesitant to step up to the firing line. As I watched the writer ahead of me at the bench, I realized this barrel ushers in a new era for Bond. There was very little muzzle jump. It appeared to be less severe than even that generated by a full-size revolver of the same caliber. Emboldened, I stepped into the shooter’s lane.

To be precise, Bond barrels are actually a two-barrel assembly, but convenience leads just about everyone to refer the unit as a barrel. Chambers are loaded in break-open/fold-back fashion. The Mag-Na-Port barrel loads like that of any other Bond derringer, and connects with the same Allen screw attachment.

I loaded a round of .45LC in each chamber and set the sights on target. The shots landed about two inches apart at five yards, typical for a Bond gun and the mechanical offset effect of the stacked barrels. Recoil was mild and on par with that of a full-size 9mm semi-auto. What a surprising and welcome effect for a gun that I’d not otherwise be able to fire without pain.

Writers at this range exercise were using a prototype barrel. According to Bond Arms, the first models available for sale to the public will be 4.25 inches in 38/357 and 45 ACP calibers. Those are slated for a Thanksgiving 2017 rollout. The 45LC shown off at the conference won’t be available until early 2018.

Custom work doesn’t come cheap. Each Mag-Na-Port barrel will cost an additional $150, at least. But for some, the reduction in recoil and return of enjoyable shooting will be worth it.