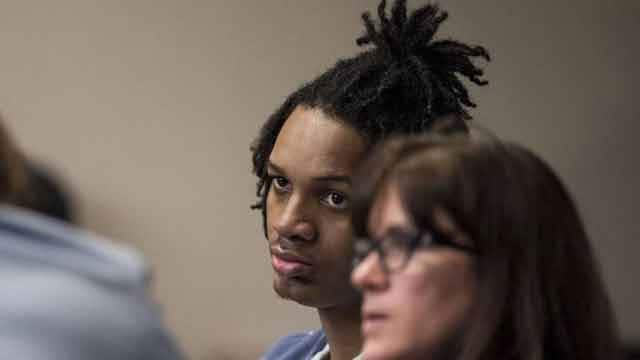 A 22-year-old man charged with felony first-degree murder in the shooting death of a Shawnee, Kansas, gun shop owner during a robbery gone wrong began his trial this week, the Kansas City Star reported.

De’Anthony Wiley claims he acted in self-defense when he shot and killed Jon Bieker, co-owner of She’s a Pistol, in January 2015.

Wiley, who was left paralyzed when he was shot during the robbery, also faces charges of conspiracy, attempt to commit aggravated robbery, and aggravated battery.

Prosecutors say Wiley and three additional suspects, two of whom were armed, entered the gun shop and confronted Becky Bieker, Jon’s wife and co-owner of the gun shop. They assaulted Becky, repeatedly punching her in the face and leaving her unconscious. But unbeknown to the suspects, Jon was in the back of the store at the time and, upon realizing what was happening, emerged from the back while firing at the suspects. Three of the four suspects – including Wiley – were struck by Jon’s gunfire.

Wiley was lying on the floor, unable to move, when he fatally shot Jon. Wiley claims he was attempting to surrender as Jon continued to approach him, still firing his gun. Wiley maintains the shooting was not a malicious act, but rather one of self-defense.

The three additional suspects – Hakeem Malik, 21; Nicquan Midgyett, 21; and Londro Patterson III, 22 – were also charged for the parts they played in the botched robbery. In July, a jury found Patterson guilty of murder, attempted aggravated robbery, conspiracy to commit aggravated robbery, and aggravated battery, while Malik pleaded guilty to murder in August. Both Malik and Patterson were sentenced to life in prison and will be eligible for parole after 25 years. Midgyett’s trial is set to begin next month.

Becky, who said her husband saved her life because he carried a gun, was hospitalized following the robbery. After a few short weeks, she reopened the shop on her own. However, despite an immediate surge in sales and continued support from the community, she decided to close the shop’s doors in December. Becky noted she and her employees were “eternally grateful for everyone’s supportive words and prayers,” but also acknowledged that the two years following the robbery – and her husband’s death – were “extremely difficult.”