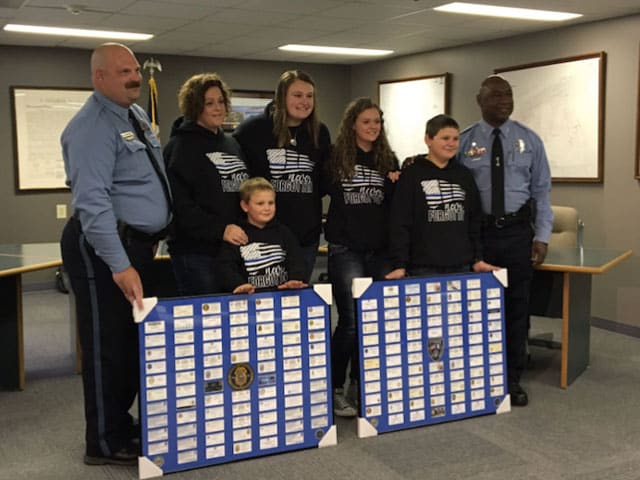 The son of an Iowa police officer who was killed in a car accident collects business cards from different officers, and when a school bully destroyed part of his collection, police departments all across the country stepped in to replenish it.

Shane Kelchen and his family went to the police department in Bellvue on Friday for the surprise, which turned out to be greater than Shane had imagined. He said he knew he was getting some business cards, but he was thinking a small box of them or something like that. Not only did he receive another 150 business cards to add to his collection, the gift was nicely framed and even included his late father’s business card.

“We didn’t know that he had a business card and I didn’t have one of his, so that’s the first one I’ve gotten,” Shane said.

Officer Travis Toms with the Kansas City Police Department has a son about Shane’s age and started gathering cards from his department when he saw the boy’s story on social media. But soon, Toms was receiving cards from officers from New York to Los Angeles.

Shane’s mother, Tina, said the support they have received since her husband’s death over Labor Day weekend has been beyond anything she could have imagined.

“I knew (police officers) we were all one family, but this has really reinforced that they’re all truly there for us, they’re right by our side, they have been through this whole process,” she said.

Currently, Shane’s collection, which also includes patches and challenge coins, consists of more than 10,000 business cards and one very special one. 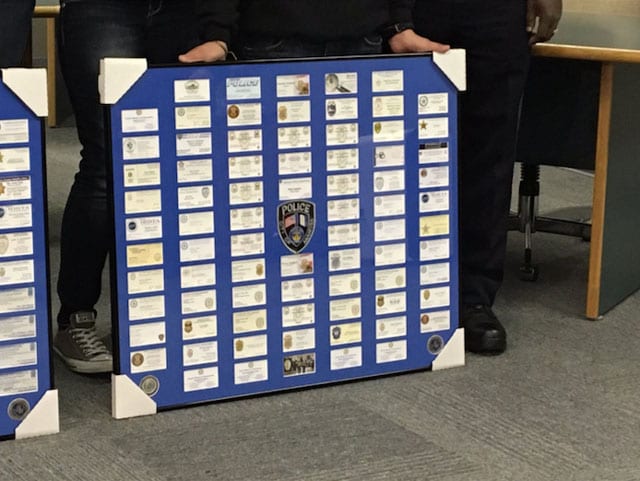 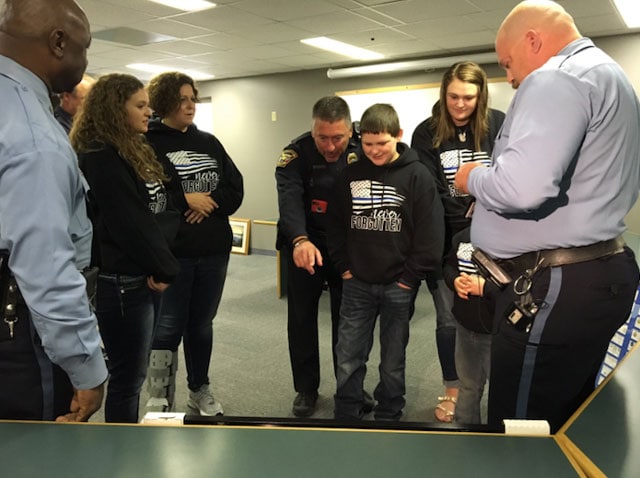