Ruger: We will take 'a measured and thoughtful approach' to promotions, rebates 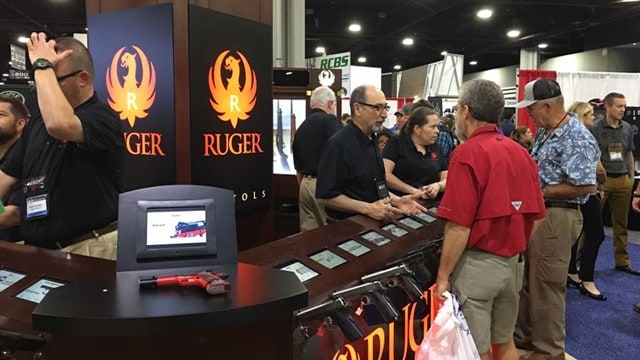 CEO Chris Killoy told investors Wednesday the 53 percent decline in net profits — and the rest of Ruger’s financial statement, for that matter — proved just how “challenging” the third quarter was for the company, with little reprieve in sight.

“We offered more promotions that were moderately more aggressive than last year, but we did not chase our competitors’ offerings to achieve better short-term results,” he said. “We will continue to take a measured and thoughtful approach to sales promotions and rebate opportunities considering both the short-term benefits and the potential longer term implications both financial and reputational.”

The dismal results come after a strong first quarter for the company, which reported $167.4 million in sales — a 3 percent decline over first quarter 2016. Sales fell more than 35 percent to $104.8 million in the third quarter ending on Sept. 30, according to the company’s earnings reports. Second quarter sales likewise plummeted 22 percent. Overall, Ruger’s gun sales trail last year by nearly 20 percent.

“We think there is a lot of good signs out there for us,” Killoy said, citing a growing, diversifying pool of gun owners. “We have to manage our way through this tough market we’re in right now, but with the new products that we have teed up and some of the things that are still on the drawing board, I like our chances better than the competition to be honest with you.”

It’s not unexpected for the industry to hit a weak point in the summer — historically salvaged by the onset of hunting season in the fall. This year’s comps, Killoy said, would be particularly difficult given the politically-charged environment bolstering the industry in the run-up to the 2016 election.

Still, he said the unexpected popularity of bolt action products stood as a “real bright spot” during an otherwise average start to hunting selling season.

“Last year we saw people with the discretionary dollar spending that on modern sporting rifle category, and maybe passing over their bolt actions,” he said. “This year … we’ve seen a decent amount of bolt action sales, particularly in some of those non-standard calibers.”

Killoy also praised the launch of Ruger’s AR-556 MPR — the multi purpose rifle — telling investors Wednesday “we got really good traction in what’s been a very soft sector of the market right now.”

“And it really had all the right features on it, you know, it had the things that people are looking for,” he said. “Things that really made a good value for consumers. So, I think we’re seeing, as long as you come out with something new that excites consumers, even like a category like the MSRs, you can still get their attention and you can get some of those discretionary dollars.”