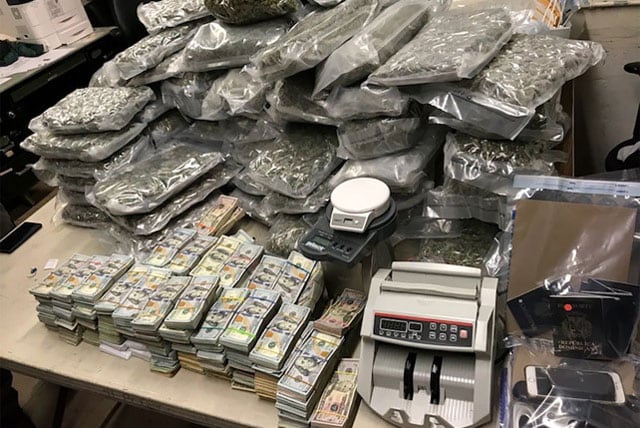 New York City police discovered 97 pounds of marijuana and almost $1 million in cash after a tenant welcomed them into his Bronx apartment.

Authorities were apparently looking for an individual who was believed to be staying at the apartment, and when officers knocked on the door, another man answered the door. Despite the fact that there were large amounts of marijuana in plain sight, the man welcomed the officers inside.

Authorities promptly obtained a search warrant and inspected the entire apartment, where they found 97 pounds of pot, various paraphernalia, and a whopping $931,000 in cash.