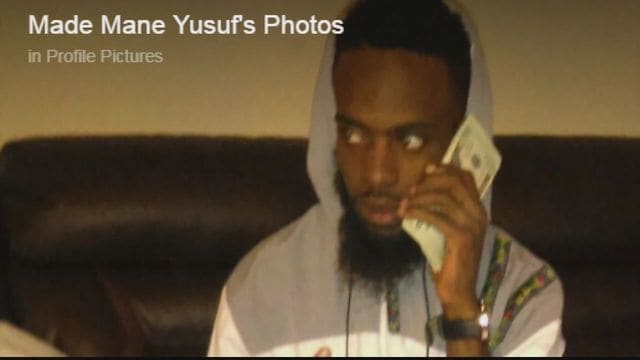 Defendant Allan James first caught the eye of the FBI a little over a year ago after agents received a tip that he was selling semi-automatic handguns, assault rifles, and ammo from his “Made Mane Yusuf” Facebook page, according to court documents.

FBI agents searching the Facebook page found videos and several conversations with possible buyers for the guns and ammo. The FBI said one of the videos shows James with a handgun he was trying to sell.

In one of the conversations, James said he had brought back a Mac-10 machine pistol from Baltimore that he was looking to sell, writing in a message: “back frm Bmore omw to se I got a Mac I’m tryna get two hand joints.”

In another conversation, James responded to a Facebook user asking if he had some “40 eggs,” which the FBI said was slang for bullets.

“Nope told you I need to re-up going today or tomorrow Walmart in va,” James wrote.

James was so brazen about the gun sales that his mother even called him out on one of his Facebook videos, saying: “Really Allan that video. Wow. When are you going to get it. Everybody know you strapped. You have to broadcast it.”

After several months of investigation, James was arrested by D.C. police in July when officers found him with a handgun. He is currently in custody and has a court hearing scheduled in November.