Estimated gun sales on the upswing in October, still trail 2016 by double digits 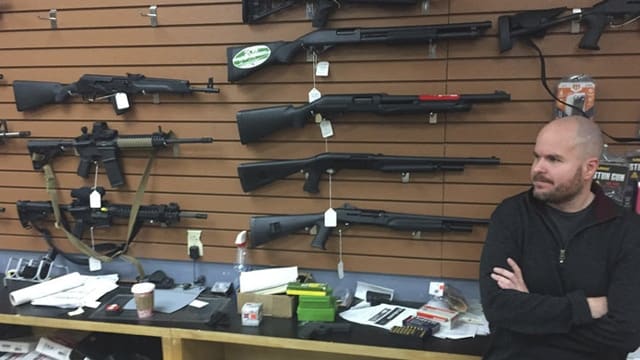 Estimated gun sales climbed over 12 percent in October after a sluggish third quarter, according to federal data.

Estimated sales in October topped 1 million for the first time in six months, federal data shows. Dealers transferred just under 520,000 handguns and more than 480,000 long guns — the busiest month for the category so far this year.

Top gun makers never doubted the ongoing weak demand would eat into their bottom lines as it’s not unexpected for the industry to hit a weak point in the summer — historically salvaged by the onset of hunting season in the fall. This year’s comps will be particularly difficult given the politically-charged environment bolstering the industry in the run-up to the 2016 election, Sturm, Ruger and Co. CEO Chris Killoy told investors this week. His company’s earnings fell 53 percent last quarter, the gun maker’s second double digit loss this year.

Over all, this year’s sales trail 2016 by more than 12 percent, according to NICS data.