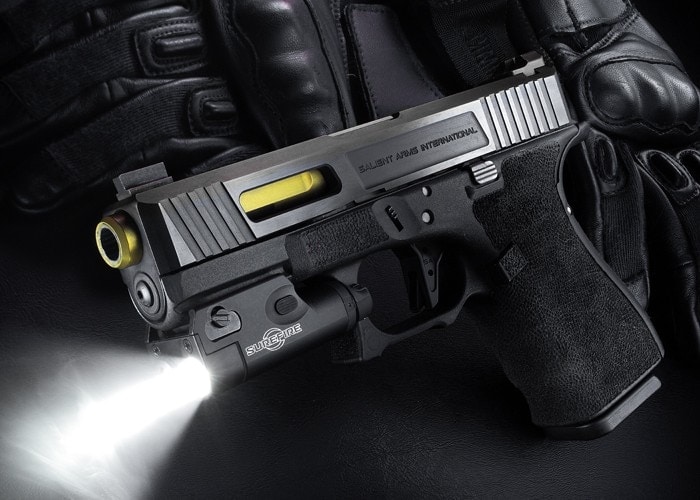 The new XC1-B from SureFire was created with the help of industry experts who contributed their knowledge in order to improve the design and function of the weaponlight. (Photo: SureFire)

SureFire debuted the latest in its series of weaponlights, launching the all new XC1-B compact handgun light designed for concealed carry.

The XC1-B was created with a sleek compact look in mind that wouldn’t impeded the user’s ability to successfully concealed carry. The smallest and lightest weight SureFure device, the light weighs 1.6 ouches with 1 AAA battery installed. Measuring 2.375-inches, the light features an upgraded design in order to deliver more output offering 300 lumens. The XC1 is also capable of one-handed constant-on activation. 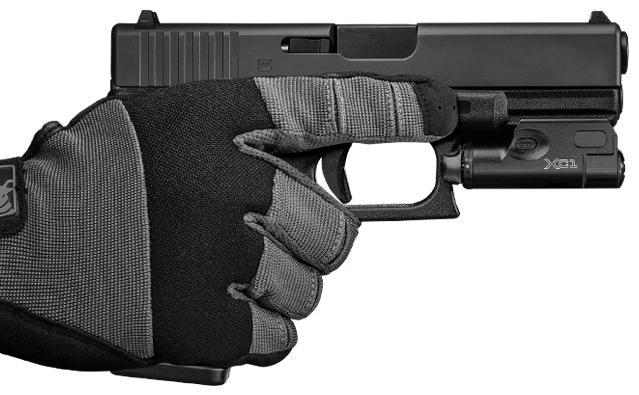 Ambidextrous switching delivers momentary as well as constant-on activation options. Constant-on is enabled when the user quickly taps either one of the momentary switches.

To turn off, shooters quickly touch and release either toggle switch. Constant-on can also be activated with the center crossbar switch, with a users’s support hand pushing the switch from left to right.

Momentary activation can be enabled through the two rear downward-activated switches. Users place their support hand thumb on top of either switch and push down to activate. The weaponlight will stay in momentary mode for as long as either toggle switch is depressed.

The SureFire XC1-B weaponlight is available from SureFire with a MSRP of #299.