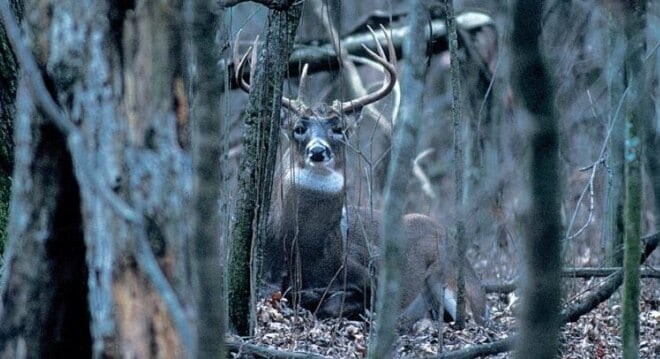 Officials in Indiana last week signed an emergency order to help solve a problem caused by a new law that inadvertantly barred sportsmen taking deer with rifles from state and federal land.

The emergency rule, signed by the Indiana Department of Natural Resources on Friday and filed with the Natural Resources Commission and the Legislative Services Agency, saves the state’s deer hunters who preferred to use rifles from being shut out this season.

“Rifle cartridges that were allowed in previous years on public land for deer hunting are allowed on public land again this year during the deer firearms season, the reduction zone season (in zones where local ordinances allow the use of a firearm), special hunts on other public lands such as State Parks and National Wildlife Refuges, and special antlerless season,” says a release from DNR, directing hunters back to the detailed regs on taking deer in the state, listing calibers for rifles.

The fix came after a mistake in the language of a bill meant, ironically, to expand hunting opportunities by amending Indiana’s rifle season for deer hunting to allow the use of more rifle calibers. Instead, the act only applied to private land and eliminated public options, leaving deer hunters on public land with only handguns, shotguns, and muzzleloaders as approved firearms.

According to DNR, hunters in Indiana harvested 44,673 deer using rifles last season, accounting for 37 percent of all animals taken. The season begins Nov. 18.