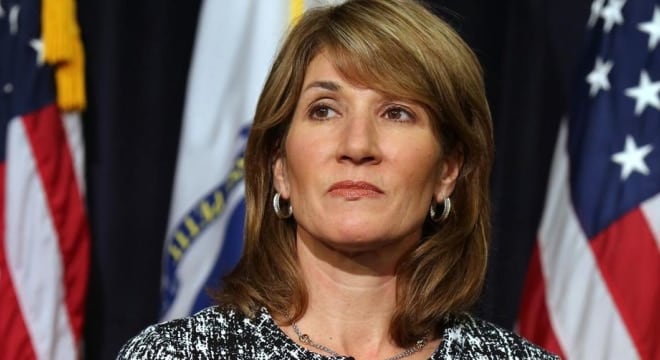 Just a month after the Las Vegas shooting that sparked the bill, Massachusetts Lt. Gov. Karyn Polito signed a ban on bump stocks and trigger cranks into law.

Polito, filling in for Gov. Charlie Baker, both Republicans, signed the measure on Friday, just a day after the Commonwealth’s legislature forwarded the proposal to the governor’s office for consideration.

Adopted as part of a spending bill, the move adds definitions to state law of “Bump stock” and “Trigger Crank,” regulating each in turn. The new law allows for penalties to run from 18 months to life in prison for those selling or possessing the devices. Further, it does not provide a pathway to legal ownership of the accessories already in circulation.

The National Rifle Association, which urged Baker to issue a line item veto on the gun language in the bill, cautioned that federal regulators are reviewing previous determinations on bump-fire stocks and that, “Any legislation in this area should wait for this review to be complete so an accurate assessment of the applicable federal law is available.”

The Gun Owners’ Action League, the state’s NRA affiliate, characterized the rushed prohibition over the weekend as “one of the most disappointing chapters in the history of the Massachusetts legislature.”

Lawmakers in the state House passed a more ambiguous ban two weeks ago on any device able to increase the rate of fire on semi-automatic firearms, which Second Amendment advocates cautioned could ensnare many unsuspecting gun owners in the state. The Senate unanimously passed a more narrow ban closer to what was ultimately signed into law, then after the fact moved to hold public hearings on the matter, which had few takers.

California and New York already prohibit the devices while similar legislation is underway at the state level in Illinois, Maryland, Ohio, Rhode Island, Tennessee and Washington. At least four federal bills have been filed on Capitol Hill ranging from measures to add bump stocks to National Firearms Act control — in effect regulating them like machine guns — to outright bans.