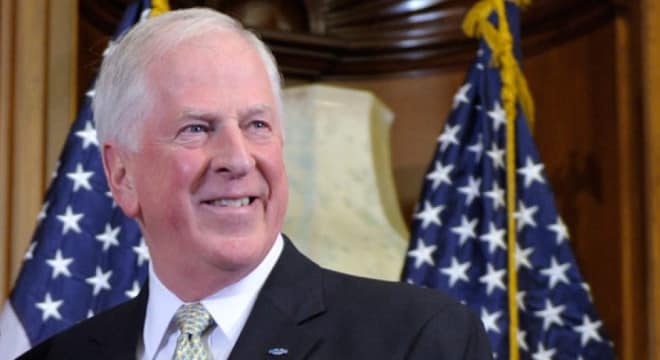 A bill introduced in the House last week aims to expand background check to cover firearm sales at gun shows, over the Internet or in classified ads.

“Background checks are the first line of defense in our efforts to keep guns from criminals, domestic abusers and the dangerously mentally ill,” said Thompson in a statement. “The American people have had enough of thoughts and prayers. They want leaders to act.”

The legislation, constructed in two parts, pledges to plug loopholes in the National Instant Criminal Background Check System without expanding the authority or jurisdiction of the Bureau of Alcohol, Tobacco, Firearms, and Explosives or establishing a Federal firearms registry.

The first part would allocate up to $100 million a year to the Department of Justice to be forwarded to state and local governments to help ramp up their local criminal history and mental healthcare databases with an aim to stepping up reporting of prohibited firearms possessors to the NICS. As of October, the system includes more than 17 million active records, though it is not considered complete because many states have not provided all their domestic violence convictions, mental health adjudications, and involuntary commitments orders. The firearms industry has for years urged jurisdictions to update the system through their FixNICS program.

Notably, the shooter who killed at least 26 people at First Baptist Church in Sutherland Springs, Texas on Sunday served a period of confinement while in the Air Force on domestic violence convictions, which should have barred him from buying firearms. The service has disclosed that no disqualifying information was transmitted to NICS and has asked the Defense Department’s inspector general to investigate the lapse.

The second part of H.R. 4240 would mandate that any commercial firearms dealer, licensed manufacturer, or importer would be barred from transferring a gun to an individual at a gun show or after advertisement or posting it on the Internet without first completing a background check. Violations would bring up to five years in prison. The ATF already advises FFLs to meet the same background check and record keeping requirements for sales at gun shows and through online sales.

Gun control groups, to include the Brady Campaign, Giffords, and Everytown are supporting Thompson’s bill.

Thompson submitted a similar bill in 2015 that, while it garnered 188 co-sponsors including five Republicans, died in committee.