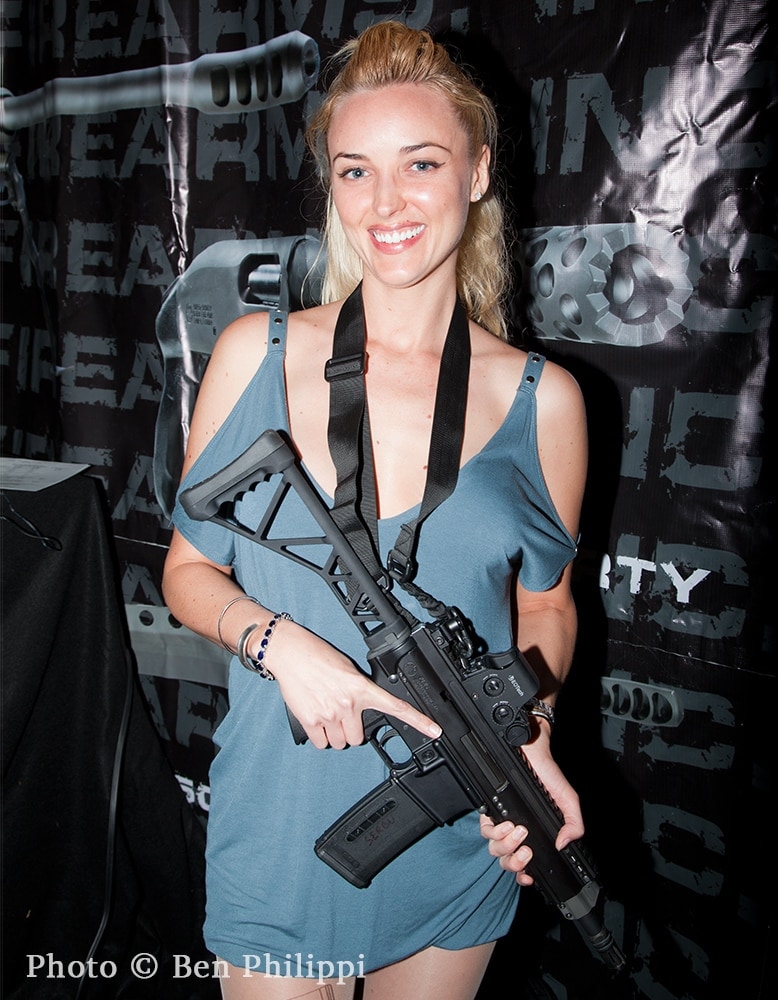 Michelle Rovinsky, aka Bunny Hunter, sees a similarity between women; presumably the weaker sex, and a small, fledgling country taking on a much larger oppressor. Guns level the playing field.

To me, the Second Amendment is obviously one of the most important rights spelled out in the constitution. The fact that it’s the second, right after freedom of speech, should make its importance clear to anyone. When the amendment was penned our founders still had fresh in their minds what it was like to live under an oppressive system, and the right to bear arms was seen as a way to avoid a population from ever being oppressed again.

As a woman, presumably the weaker sex, I see a parallel between a small, fledgling country taking on a much stronger opponent. Bringing arms to the fight definitely levels the playing field.

I often wish that our founders had not used the word ‘militia’ because it has caused a lot of confusion over the years. Fortunately, for those too dim to notice the Second Amendment’s location in the bill of rights, the Supreme Court recently upheld the right to bear arms as an individual right.

Over the years I’ve been given many opportunities to live in other countries and ultimately it has come down to this; I wouldn’t want to live in a country where the people aren’t allowed to exercise their God-given right to defend themselves with firearms.