Chambered in .357 Magnum/.38 Special +P, the two souped-up L-frames are designed to be competition ready, right out of the box (Photos: S&W)

Optimized for competition, the Smith & Wesson Performance Center’s stainless six-shot 686 and seven-shot 686 Plus include tuned actions and a distinctive appearance.

These .357/.38 wheelguns both feature a number of tweaks not found on standard production models including a chromed custom teardrop hammer, unfluted cylinder, and vented ribbed barrel. Besides a customized action, each also has a Performance Center speed release, chromed trigger with trigger stop, and an interchangeable orange front sight.

Performance Center manager Tony Miele says they wanted to develop “an out-of-the-box solution for those seeking a revolver for competition shooting” in the new 686 offerings.

The 686 uses a 4-inch barrel while the 686 Plus, as fitting of its larger cylinder cut to accommodate moon clips, runs a 5-incher. Weights are 37.9 and 38.4-ounces respectively. 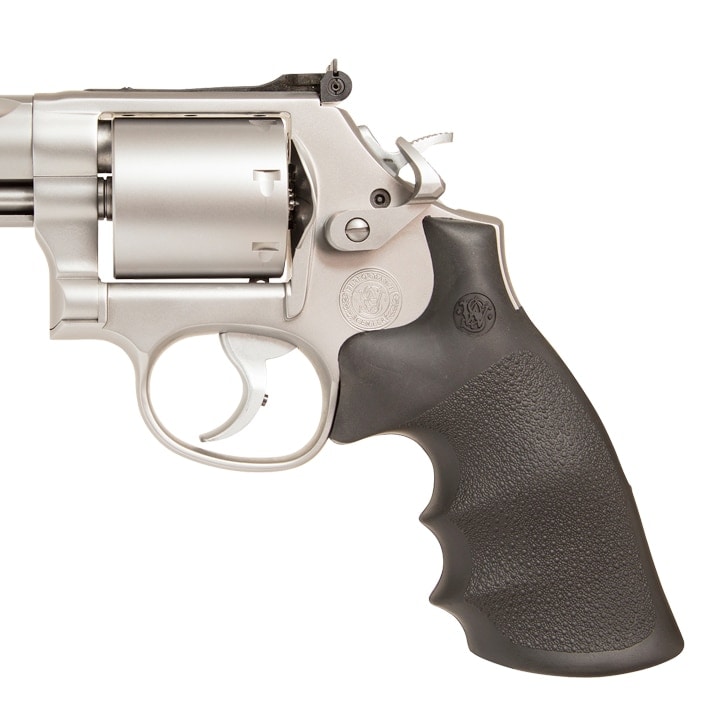 With teardrop hammers, a speed release, chromed triggers and unfluted cylinders, the Performance Center 686 and 686 Plus are not going to be mistaken for your typical L-frame.