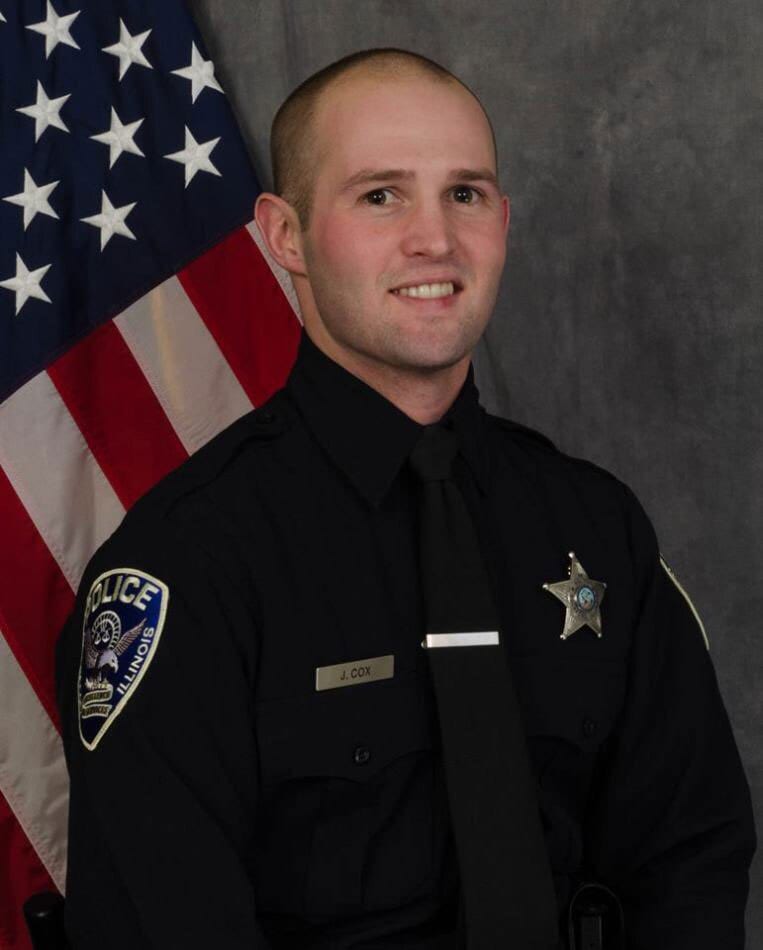 A traffic stop in Rockford early Sunday morning left two people dead, including a police officer who was struck by the vehicle he pulled over.

The Winnebago County coroner’s office confirmed Monday the driver of the vehicle, Eddie Patterson, 49, died from multiple gunshot wounds, according to reports from the Chicago Sun-Times. The officer, Jaimie Cox, 30, died from blunt force trauma caused by Patterson’s vehicle. The officer’s death has been ruled a homicide.

“We are deeply saddened by the death of Officer Jaimie Cox,” Gov. Bruce Rauner said in a statement, according to CBS. “He paid the ultimate price while working to keep our communities safe. My thoughts and prayers are with his family as they find a way to cope with this tragic loss.”

Cox was conducting a traffic stop around 1 a.m. when he radioed for help soon thereafter, according to Rockford Police Chief Dan O’Shea.

Responding officers found a single vehicle accident about two blocks from where the stop originated. Patterson, who was shot multiple times, was discovered inside the vehicle and pronounced dead at the scene. Cox was also found suffering from critical injuries. He was rushed to a local hospital where, despite efforts to save him, he succumbed to his injuries.

The preliminary investigation indicates some type of scuffle ensued during the traffic stop and Cox became “entangled” with Patterson’s vehicle, O’Shea said. Details remain scarce, but at some point, Cox is believed to have fired his service weapon, fatally striking Patterson.

The incident remains under investigation, which is being conducted by the Winnebago Boone County Integrity Task Force.

Cox is the 113th law enforcement officer to die in the line of duty so far this year, the fourth killed by vehicular assault. At the time of his death, Cox had been with the department for less than a year. Before joining the Rockford Police Department, Cox previously worked with the Illinois Department of Natural Resources. His funeral is scheduled for Saturday morning.

O’Shea said they are both overwhelmed and grateful for the outpouring of support they have received and asked for continued prayers for Cox’s wife and family and all of those affected by the tragedy.