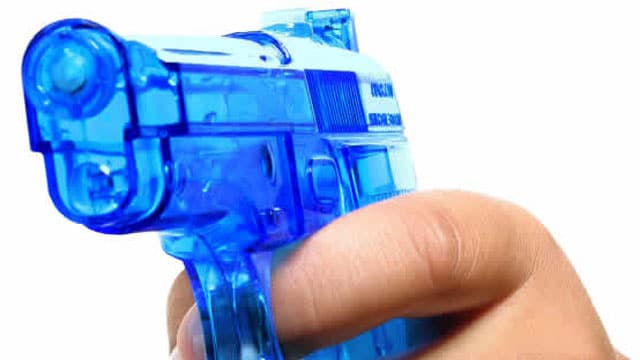 The man painted the water gun to cover the bright colors and make it look real.

A man from Springfield, Massachusetts, could spend the next 10 years in prison for two March 2016 bank robberies in which he used a water gun to threaten employees.

Edgardo Rivera, 34, was convicted Thursday of armed robbery before he was handed down his sentence. In addition to prison time, he will be required to complete five years of probation.

Authorities say Rivera painted the water gun to make it look like a real weapon, and one bank employee told police she thought she was going to die during the robbery. However, Rivera’s lawyer argued for a shorter sentence, noting Rivera used a water gun, not a real weapon, to ensure no one was injured.

Altogether, Rivera made off with about $10,000 in cash from the water gun bank robberies.