Trial of Cliven Bundy and his sons delayed…again 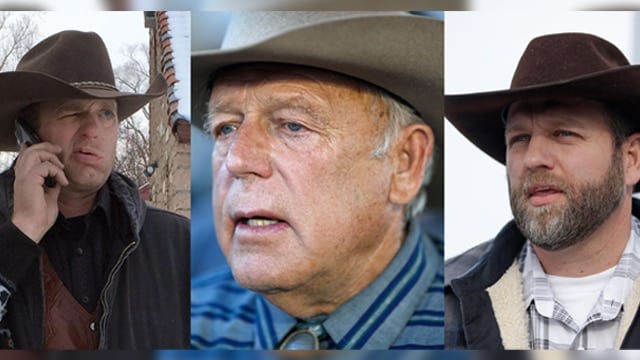 The trial of Nevada rancher Cliven Bundy and his two sons has again been delayed, this time for at least a week, after it was revealed that the FBI had a camera pointed at the Bundy Ranch.

U.S District Judge Gloria Navarro says that during the delay, she’ll consider whether the defendants should still be detained, according to the Las Vegas Review-Journal.

The trial of Cliven Bundy, his two sons Ryan and Ammon, and a fourth defendant, Ryan Payne, was set to begin at the beginning of October, but was delayed in the wake of the massacre in Las Vegas that left 58 people dead and hundreds more injured. The trial was rescheduled and was set to start Tuesday. But on Friday, Ryan Bundy, who’s representing himself, questioned a park ranger during a pretrial hearing about a “mysterious device” he saw near the Bundy Ranch. That park ranger testified that it was an FBI camera.

On Tuesday, Acting U.S. Attorney Steven Myhre told Navarro that the camera was pointed at the Bundy Ranch for a few hours earlier this year before it was knocked over, damaged, and never used again. But the judge says she’s not convinced. She wants proof that the feed wasn’t recorded, and she wants to know if anyone took notes on what might have been seen.

“If it has potentially useful information, then the defense is entitled to it,” Navarro said. “I’m not convinced that something doesn’t exist. You don’t set up a surveillance camera for nothing.”

Bundy and his two sons face a multitude of charges in connection with the April 2014 “Battle of Bunkerville” standoff — a weeklong stalemate between dozens of armed protestors and Bureau of Land Management agents. The feds had come to collect Bundy’s cattle in lieu of $1 million in backed grazing fees, but scores of Bundy supporters showed up, creating a tense showdown that ended when the agents retreated. No one was injured, but 19 people have been arrested in connection with the standoff.

Some have pleaded guilty, others have been found guilty in other trials, and others still have been exonerated or taken plea deals with what are expected to be light sentences. The trial of Bundy and his sons is the third Bunkerville trial of the year, and is expected to take about four months. It’s been delayed until early next week.