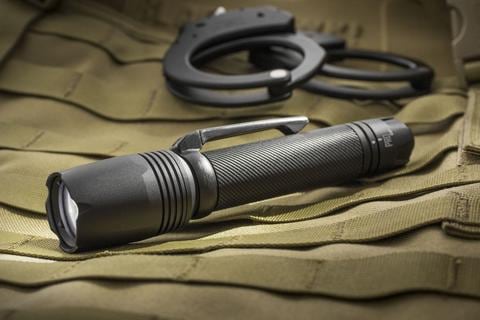 The new Pro DF and Pro AA lights provide illumination of 500 and 305 lumens with a secondary light level that users program at 15, 60 or 150 lumens.

ASP emphasizes an intuitive design meshed with simplicity, with the Pro light activated via a single pressure switch on the tail cap. Press once for the primary or maximum setting and press twice to initiate user programmed secondary mode. A 3-position twist selector on the tail cap permits intermittent, constant-on or locked modes. ASP says programming the light is straight-forward and easily accomplished in mere seconds.

The Pro AA model uses AA batteries while the DF, or Dual Fuel, utilizes an 18650 rechargeable battery or two CR123A single use cells. The Pro AA variant retails for $100 while the DF comes in a little pricier at $140.