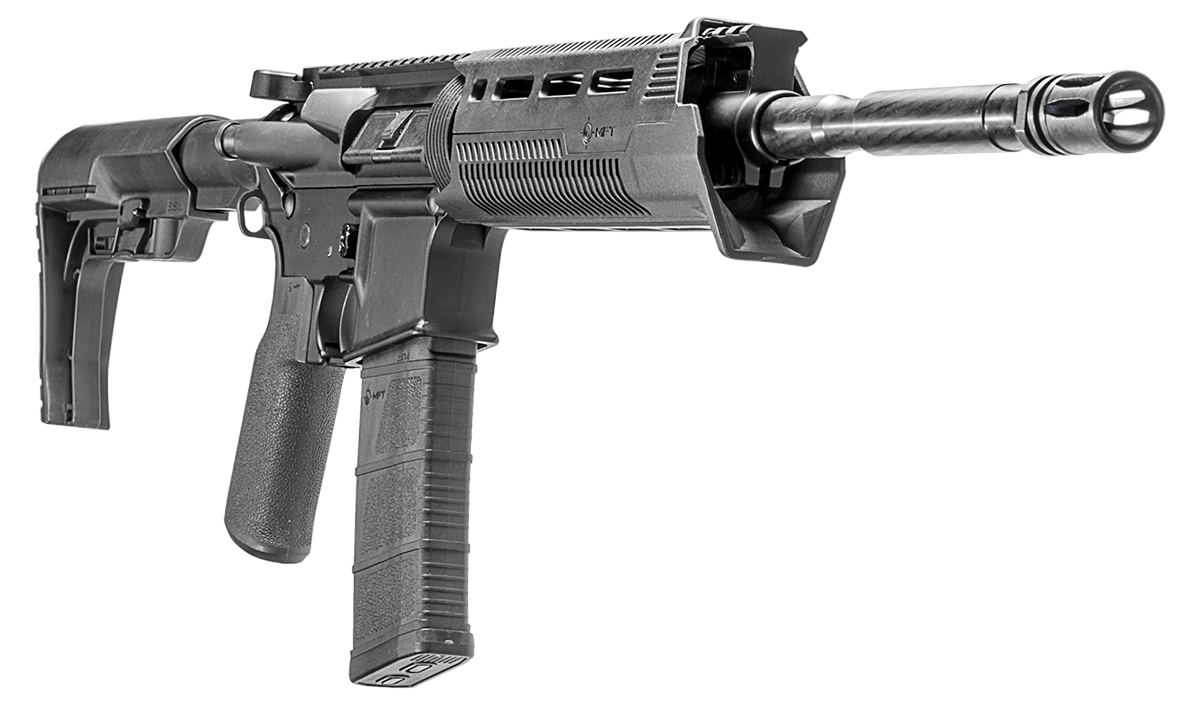 The Tekko is a proprietary polymer carbine rail system that replaces plastic factory handguards with a  secure mounting option for M-LOK accessories to include vertical grips, bipods, lights and lasers. The M-LOK system opens up universal modularity, allowing users to swap between a swath of accessories from a host of manufacturers. The Tekko boasts mounting positions at the 12-, 3-, 6- and 9-o’clock positions for a larger range of modularity. 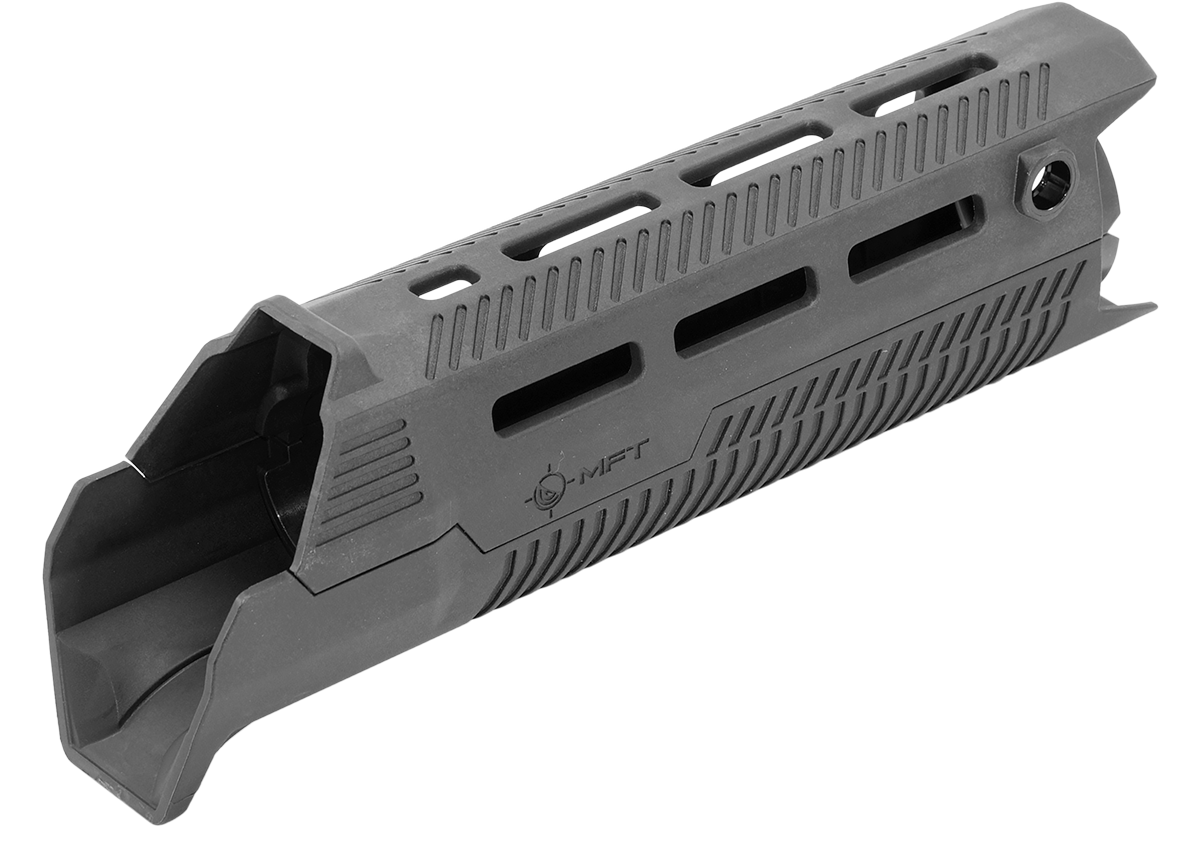 The handguard is made of durable polymer that is resistant to drops and heat. (Photo: Mission First Tactical)

The rail itself if constructed using MFT’s own polymer that is both heat and impact resistant. A true drop-in rail, the system requires no gunsmithing or permanent alterations to install. The rail is held in place by the Delta ring and handguard cap.

“We created this handguard for an end user looking for a different foot print with enhanced features that’s price sensitive. It’s light, tough as nails and allows accessories to be quickly and easily added,” said MFT’s Vice President David Edelman in a press release.

The Tekko rail comes in two color options — black and tan — and is made in the USA featuring a MSRP of $39.99.