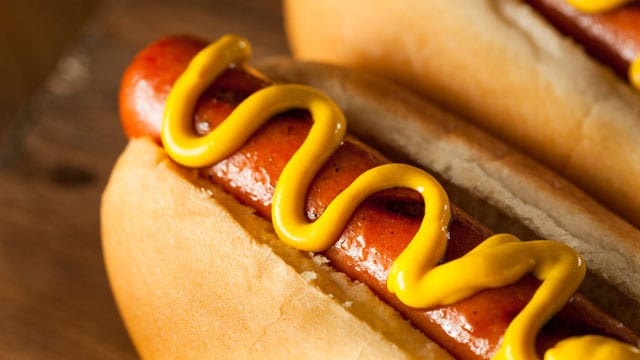 The suspect didn’t want a hot dog, just the cash, but got more than he bargained for.

A 19-year-old suffered a rather awkward mishap while making his escape after robbing a hot dog stand in Chicago last week.

Terrion Pouncy apparently got away with cash, a wallet, and a cell phone after the armed robbery, but accidentally shot himself in the leg and penis while running out of the door.

Two employees were working at the restaurant when Pouncy allegedly walked in wearing a hoodie and his face covered with a scarf. Pouncy displayed the gun and demanded cash, and while the employees complied, Pouncy – feeling rather greedy – decided to fish a wallet and cell phone from the pocket of one of the employees.

Pouncy then turned and headed toward the door, but as he was returning his handgun to his waistband, he apparently pulled the trigger. Despite his injuries, Pouncy took off, but promptly called 911. Around the same time, the employees called the police to report the robbery.

Responding officers found Pouncy suffering from a gunshot wound to his right thigh, as well as his penis. He was hospitalized and, once released, will be held without bond on charges of armed robbery.

According to reports, the robbery was captured on surveillance video.