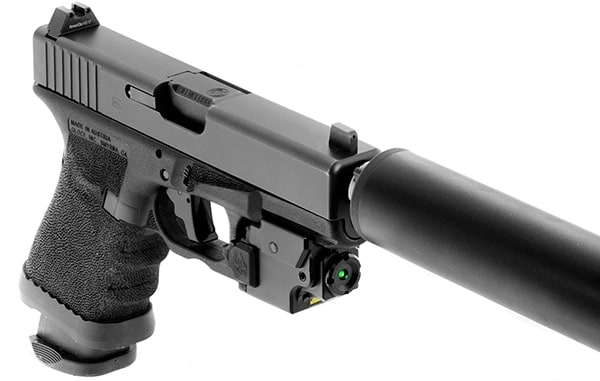 UTG continues to add to its accessory offerings, this time adding the Compact Ambidextrous Green Laser to its pistol accessory series.

The UTG Compact Ambidextrous Green Laser is outfitted with an ambidextrous toggle switch operation, allowing the laser to be manipulated while shooting in traditional two-handed shooting postures or while shooting one-handed.

The toggle switch functions wither while pressing and holding the switch down, which will activate a momentary-on function, or by pressing up on the lever. Pressing up activates constant on. UTG says the green laser emits a powerful yet long-range beam, offering “pinpoint accuracy” to shooters with a flick of the switch.

Shipping with a 1/3 N battery and all the installation tools users need to get the laser up and running, the UTG Compact Ambidextrous Green Laser features a price tag just under $100.