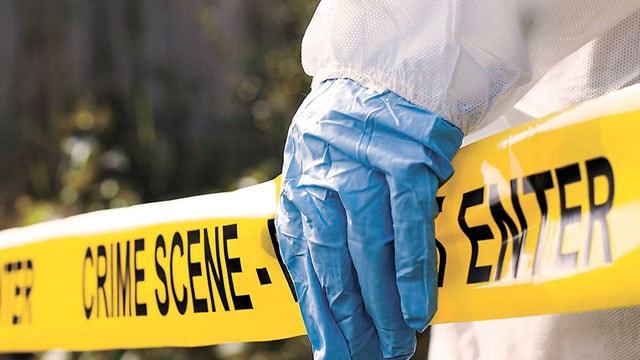 Authorities determined that a 29-year-old man who shot and killed his uncle in self defense at his Wellford, South Carolina, home last week.

Deputies with the Spartanburg County Sheriff’s Office responded to a call about the shooting around 9:25 p.m., the Tryon Daily Bulletin reported.

Responding deputies found Cody Lawrence suffering from what was described as “serious stab wounds” to his abdomen. Lawrence identified his attacker as his uncle, Bryan Paul Blackwell, 44, of Landrum, which is located about 30 miles from where the incident occurred. Lawrence also admitted he shot Blackwell, but said it was an act of self-defense.

Blackwell was pronounced dead at the scene, and Lawrence was taken to a local hospital for medical treatment. His current condition is not known.

Lawrence said an altercation ensued as he, his mother, and several others came to move Blackwell’s mother to North Carolina, which Blackwell opposed. During the altercation, Blackwell retrieved a knife and threatened to cut Lawrence’s mother, who was cut on the hand when she tried to get the knife from Blackwell. Lawrence then pushed his mother away from Blackwell in an effort to protect her, and that’s when Blackwell repeatedly stabbed Lawrence. Lawrence, in turn, shot Blackwell.

Lt. Kevin Bobo, public information officer for the sheriff’s office, said five other people at the home witnessed the altercation and subsequent shooting. According to Bobo, all five corroborate Lawrence’s account of what transpired.

According to local media reports, the case, which included witness statements and physical evidence gathered at the scene, was presented to the solicitor’s office, who, after reviewing the case, determined Lawrence acted in self-defense and charges will be filed against him.