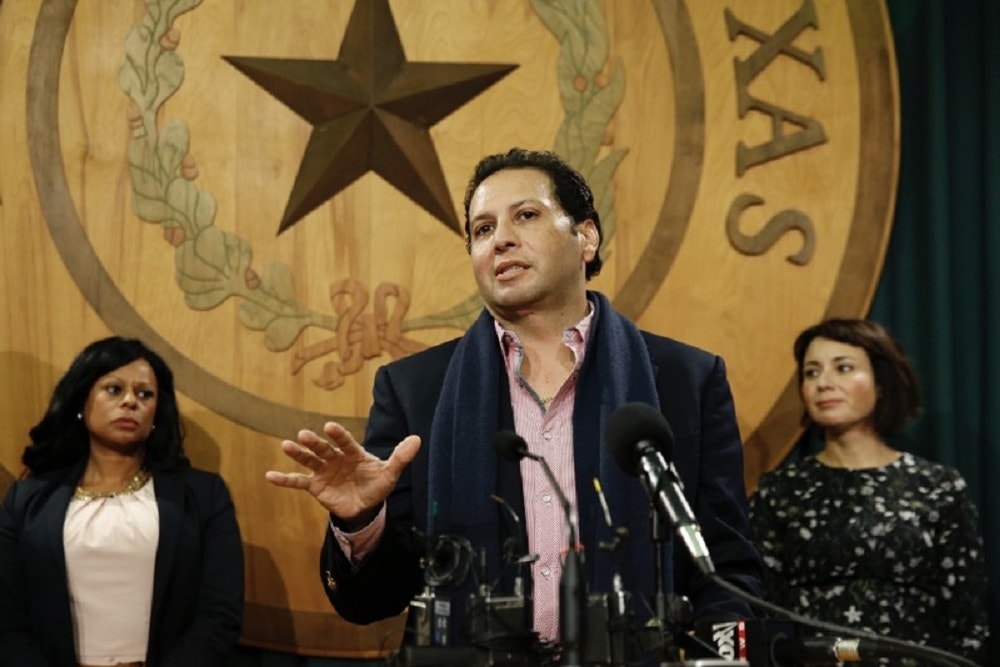 Some members of the Texas state Legislature are now calling for stricter gun laws after a lone gunman shot and killed at least 26 people at a Baptist church in Sutherland Springs on Sunday.

“It’s incumbent on the thoughts and prayers brigade to start looking at what we’re going to do for the next shooting because there’s going to be another one,” said Nevarez, D-Eagle Pass. “You know, what about those folks at the football game or the concert or the recital. What are we doing about that? So, it’s really easy to look back and say none of the laws we have in place or none of the background checks could have stopped this. OK, but what about the next one?”

Nevarez also characterized Texas’s open carry law as an “oddity” that should be repealed, arguing that only law enforcement personnel should be able to carry long rifles out in the open.

Collier called on state leaders to declare gun violence an issue of public health and criticized those, including President Donald Trump, who have focused solely on mental health issues after the shooting. While she admitted mental health does often play a role in such attacks, she said leaders should also look to restrict access to high powered weaponry.

“If any other consumer product resulted in a fraction of the injuries and deaths [that guns do],” Collier said, “we would be scrambling to find solutions.”

While some called for tighter gun regulations, the Air Force admitted Monday that it did not report shooter Devin Patrick Kelley’s 2012 conviction for domestic violence against his wife and stepson to the FBI’s National Instant Criminal Background Check System.

If Kelley’s crimes had been reported, the conviction should have prevented him from purchasing the firearms used in the attack, a fact that Texas Gov. Gregg Abbott has pointed out in the wake of the shooting.

“So how was it that he was able to get a gun? By all the facts that we seem to know, he was not supposed to have access to a gun,” Abbott said on CNN Tuesday. “So how did this happen?”