Modular moves into the holster market 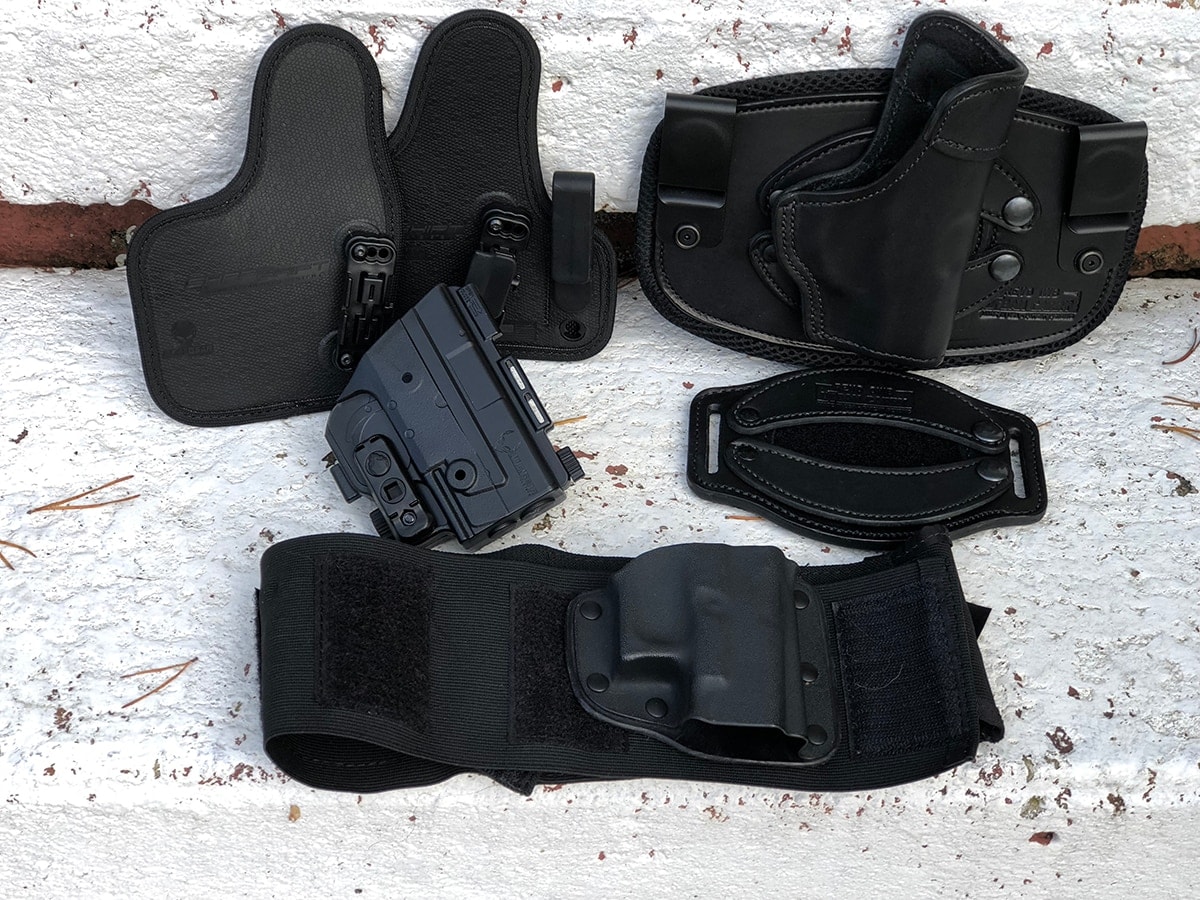 Modular has long been the word du jour in the tactical world, but the swappable design is slowly creeping into the holster market with more manufacturers offering adaptable designs. While the modular movement isn’t overtaking traditional, single purpose holsters, the style is slowing catching on as holster makers tip-toe into the multi-dimensional designs.

The idea of an adaptable holster is nothing new. In fact, patents dating back to the early 1980s show inventors were seeking more ways to carry using swappable parts. One of the more successful modular designs in recent times, though, has been Crossbreed’s take on the modular carry system. The company partnered with renowned firearms instructor Rob Pincus in 2013 to introduce the Modular Belly Band. Though the belly band has undergone a facelift since its first introduction, the modular basis remains the same.

“CrossBreed started producing our Modular Belly Band System to answer customers requests to be able to use a simple yet comfortable Belly Band Holster with other Velcro backed accessories such as our Purse Defender and Pac Mat systems. We worked with Rob Pincus of I.C.E. training to design our first Modular Belly Band System and have continued to refine it since,” Nathan Engelking of Crossbreed explained to Guns.com via email.

Cost is one driving factor behind why more companies are offering multi-purpose holsters. Consumers who choose to carry in various positions are often forced into using multiple holsters for multiple guns, which can quickly turn costly.

“Our customers consistently tell us they have 10, 20 or 30 holsters they’ve collected over the years,” Dawn Foster, of Urban Carry, told Guns.com. The company launched a modular holster system, the Revo, in October 2017. “We found that if you purchase five traditional holsters (IWB, OWB, Shoulder, Drop-Leg and Ankle holster) for five different firearms, 25 holsters total, on average it would cost about $2,345. Comparably, with quality leather and padding the Revo system would cost about $462 — that’s the power of a modular holster system.”

Alien Gear recently forged its way into the modular movement, launching the ShapeShift in 2017. The lead-up to the unveiling was a grueling two year process, requiring the company to invest significant time, money and resources in order to bring the ShapeShift to life.

“We’ve spent about two years developing the ShapeShift with up to 10 mechanical engineers. It required a tremendous amount of resources for us to develop. Each new shell and configuration takes a minimum of six months to bring to market and some take much longer,” Thomas Tedder, of Alien Gear, told Guns.com. “The upfront cost of 3D design, tooling, and labor for injection molding pays off, though, with a product that is far superior to traditional thermoformed holsters.”

Despite the costly lead-up, Tedder explained that the ultimate goal of Alien Gear’s modular creation is to make carrying more affordable for the average, every day concealer. “Simply put, it is a holster that does more for the consumer and at a better price,” he said. “ShapeShift’s design allows a concealed carrier to adapt their holster to whatever their needs are at the time. It does so without compromise while saving them money.”

Modular designs come in an array of set-ups. Crossbreed’s Modular Belly Band offers an elastic band with hook-and-loop attachment for various holsters and accessories to mount. The ShapeShift by Alien Gear is a kydex-style system where users configure shells that mount to a bevy of bases for different methods of carry. Urban Carry’s Revo boasts a leather design utilizing hook-and-loop and flaps to secure different holsters to different bases or “rigs.” The advantage to these systems clearly is the adaptability. The drawback, though, is the sea of parts that often accompany modular designs.

Opening the Revo’s box or un-boxing Alien Gear’s ShapeShift can seem overwhelming with the endless sea of parts and configurability. To some users, the time and effort needed to swap systems is daunting.

“I would say changing the holster configuration does indeed take longer than grabbing a dedicated holster. About 10 seconds longer, literally. The ShapeShift can seem complicated when you first open the box — there are a lot of parts. However, it is a really simple system. It’s just a brand new concept and once you reconfigure the holster a couple of times it’s very easy,” Tedder said of the ShapeShift.

Urban Carry’s Foster offered a different perspective on the hesitancy towards modular holsters, pointing to the industry’s inherent fear of the new and unknown.

“Anything unknown naturally seems complicated, the REVO modular system is about as simple as it gets,” Foster said. “At the risk of sounding too philosophical we as a society are apprehensive of change; we instinctively fear what is new or unknown to us. We encountered this lesson when we introduced the Urban Carry and we embrace change. Change is the only way we grow as a society, and it’s the only path to becoming better.”

Single purpose holsters will undoubtedly maintain their top spot in the holster industry; but as modular moves into the consumer holster market, opportunities for more refinements and options are likely on the horizon.