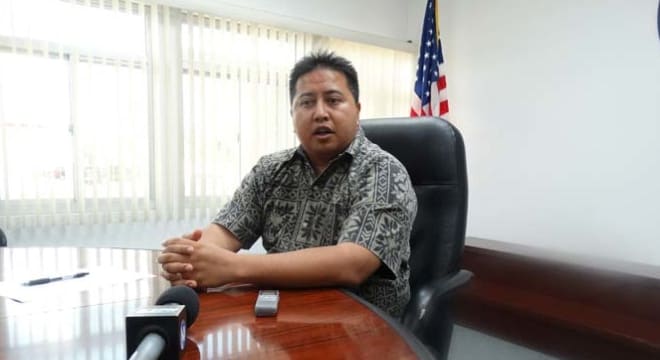 Commonwealth of the Northern Mariana Islands Gov. Ralph DLG Torres intends to be closed for business when it comes to handguns and handgun ammunition the day a court order directing their sale on the islands is stricken. (Photo: Saipan Tribune)

The Commonwealth of the Northern Mariana Islands repealed the last handgun ban in the U.S. following a court order, but just put another on tap should the ruling ever be revisited.

Gov. Ralph DLG Torres signed H.B. 20-34 into law this week, a measure that would swiftly restore the territory’s ban on pistols and revolvers in the event that a 2016 court decision, which found it unconstitutional is vacated, the Saipan Tribune reported.

Lawmakers in the island chain of 53,000 inhabitants, who rely on Department of Defense jobs in Saipan and Tinian as well as tourism revenue streams, are concerned over the legal sale of handguns.

Torres told the legislature that the law to restore the ban, whose effective date is in suspense, is the “embodiment of this administration’s commitment to ensuring the safety of all citizens and residents of our great Commonwealth.”

Chief Judge Ramona Villagomez Manglona, of the District Court for the Northern Mariana Islands, last year ended the islands’ 40-year total prohibition on handguns after a couple who suffered a home invasion filed a federal lawsuit against the practice, arguing it violated their civil rights.

“If the Second Amendment individual right to keep and bear a handgun for self-defense is to have any meaning, it must protect an eligible individual’s right to purchase a handgun, as well as the complementary right to sell handguns,” Manglona said.

Marianas lawmakers responded to the ruling with a sweeping 57-page set of restrictions on the sale, possession and carry of firearms in the chain. This grew into a controversial $1,000 per pistol excise tax coupled with mandatory registration that brought the territory back into court on a different legal challenge. That case was again decided by Manglona in favor of the Second Amendment advocates, saying, “the tax places an excessive burden on the exercise of the right of law-abiding citizens to purchase handguns for self-defense without a corresponding important government interest.”

CNMI Attorney General Edward Manibusan has said that territory’s chance of success at appealing the federal court ruling is “almost nothing at all,”  the Marianas Variety reported.