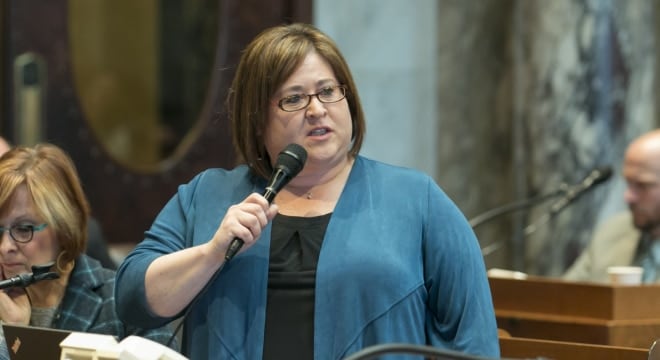 A Democrat-backed bill in the state House would put place licensed firearms dealers in Wisconsin under the gun of new rules and security procedures.

The proposal, LRB-3860, requires firearms retailers to lock all guns in a secured safe or steel gun cabinet or on a secured rod or cable when the when the business is closed or unattended. The sponsor said it comes as a response to a series of high-profile gun store burglaries in the state.

“I was shocked by the ease with which these criminals were able to steal multiple unsecured firearms. As a result, these guns are now out on the streets posing a danger to the community,” said state Rep. Lisa Subeck, D-Madison, in a statement. “The legislation I am introducing today will make it harder for criminals to get their hands on dangerous weapons by ensuring they are stored safely and securely after hours where they are sold.”

According to data from the Bureau of Alcohol, Tobacco, Firearms and Explosives, 7,488 firearms were reported stolen from federally licensed dealers last year but only 44 of those were in taken during burglaries in Wisconsin. The state saw 31 guns stolen in 2015.

However, national attention turned to gun store break-ins in the state when Joseph Jakubowski stole 18 firearms and two suppressors from an FFL in Janesville, Wisconsin before sending an anti-government manifesto to President Donald Trump and leading authorities on a man-hunt. Jakubowski was found guilty in federal court in September and now faces a maximum sentence of 10 years in prison for each of the two counts of his conviction.

As for Subeck, she is a prolific author of gun control legislation, so far this year proposing bans on bump stocks, a trio of mandatory gun lock laws for firearms in homes, and a requirement for individuals to report lost or stolen guns. In 2015, she proposed a ban on most semi-automatic firearms in the state with no provision for grandfathering.

The Wisconsin Assembly is controlled by Republicans by a nearly 2-1 ratio.