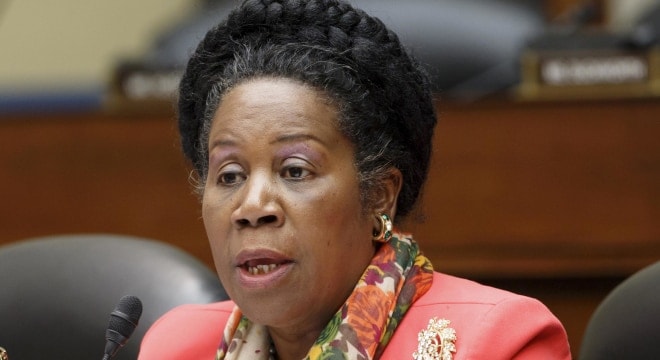 A group of House Democrats is backing a measure to delay sales of semi-automatic firearms, suppressors, armor piercing ammo and large capacity magazines.

Introduced by Texas Democrat Sheila Jackson Lee, H.R. 4268 would mandate that both licensed dealers and individuals wait seven days after buying targeted guns, ammunition and accessories before transferring the item. The Houston-area Congresswoman debuted the bill two days after the shooting at the First Baptist Church in Sutherland Springs, Texas that claimed the lives of over 20 people.

“We cannot afford another angry person in possession of military-style weapons, nor can we bear the consequences of another person consumed by hatred wielding firepower intended to inflict maximum carnage,” Jackson Lee said in a statement. “The blood that has been shed in America runs deep with too many lives lost and too many families shattered.”

The proposed measure, dubbed the Gun Safety: Not Sorry Act of 2017, revisits the concept of a national waiting period on firearms, which has not been seen in the country in two decades. The original Brady Act, adopted in 1993, contained the provision for a five-day waiting period on handguns though it was replaced after 1998 with an instant computerized background check system and a three-day “default to proceed” guideline on delayed checks.

Currently, nine states and the District of Columbia have some form of statutory waiting periods on gun purchases ranging from a 14-day period on all firearms types in Hawaii to a 24-hour delay in Illinois on rifles and shotguns.

However, proponents on both sides of the issue argue about the effectiveness of waiting or “cooling off” periods with assorted studies alternating between finding they have no statistical effects on gun crimes to others that find they correlate to a decrease in gun homicides and suicides. Courts have likewise had mixed rulings on their use.

Jackson Lee’s legislation would go past firearms and mandate a delay on magazines capable of holding more than 10 cartridges — which would add a layer of national regulation to the devices not seen since the federal Assault Weapon Ban expired in 2004. Rounds described as being armor-piercing would fall under the purview of the act as would suppressors — despite the fact the latter are already extremely regulated under the National Firearms Act which by default delays their transfer for months.

The Gun Safety: Not Sorry Act of 2017 has 13 co-sponsors, all Democrat, and has been referred to the House Committee on the Judiciary, of which Jackson Lee is a senior member.