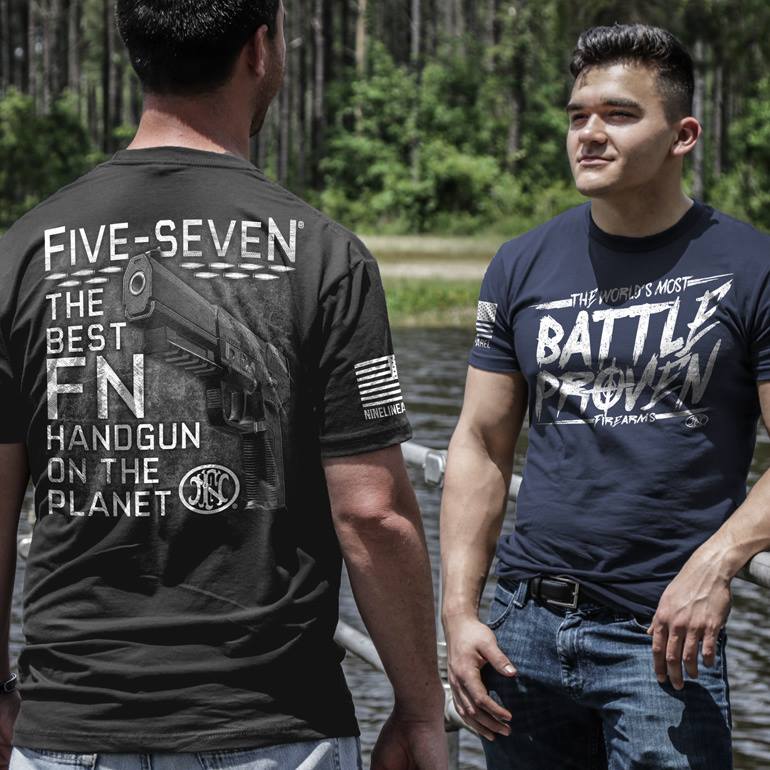 FN partners with Nine Line Apparel to offer an exclusive collection of t-shirts based on the gun maker’s most popular firearms.

The collection includes four original designs, available for purchase through the FN E-Store. Featured in the t-shirt series, is the FN Battle-Proven tee which boasts FN’s signature tagline scrawled across the front. In addition the FN Five-Seven and Five-Seven Ammo tees show love to the company’s unique 5.7x28mm caliber. Rounding out the apparel, the FN 509 t-shirt pays homage to the 509’s acclaimed one million rounds of testing during its development.

All shirts are made of 100-percent cotton with sizes ranging from medium to 3XL.

“FN and Nine Line’s missions are extremely well-aligned and we share a lot of the same philosophies when it comes to support of America’s armed forces,” Jarrod McDevitt, channel marketing manager for FN America, said in a press release. “We couldn’t have chosen a better creative partner than the men and women at Nine Line Apparel to showcase our Battle-Proven message and products.”

“It’s an honor to partner with such a highly regarded organization,” said Rich Caponi, CMO of Nine Line Apparel. “As a veteran owned and operated company, many of us at Nine Line are very familiar with the FN legacy. Our designs were created to mirror their dedication to quality and craftsmanship, and we’re very proud of the final product.”