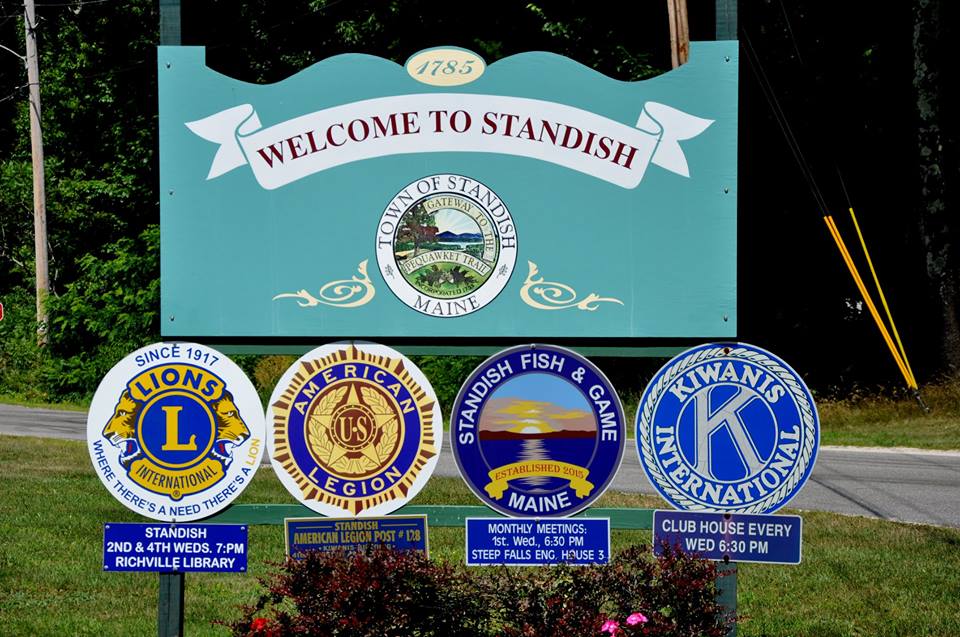 After two years of negotiation, Standish Town Council voted down a lease proposal for a local gun range, in part, because of its affiliation with the National Rifle Association.(Photo: Standish Fish and Game Club/Facebook)

Officials in Standish, Maine rejected a lease proposal Tuesday for a local sportsman’s club hoping to operate a gun range on town-owned land.

Council members voted down the Standish Fish and Game Club’s proposal to lease approximately 150 acres of public land for its gun range at a price of $1 annually for 25 years. The deal, more than two years in the making, hit a snag in September when some residents learned the club requires its members join the National Rifle Association and the Sportsman’s Alliance of Maine.

David Trahan, SAM’s executive director, told Guns.com Wednesday groups often require memberships with other organizations, particularly the NRA, to access grants and other resources necessary to build and operate a safe gun range. He said the alliance doesn’t force a membership clause in exchange for assistance — it was the Standish Fish and Game Club’s decision alone.

“We never asked for it,” he said. “We do have the resources to do it right. A lot of these clubs are run by volunteers … but no other entity comes close to having the resources and support like the NRA.”

Town councilors expressed support for the gun range at a public meeting in September, but voted to delay a decision as residents voiced concerns about the membership requirements.

“Standish needs a gun range,” said Councilman Peter Starostecki, per a report from Keep Me Current. “I want to continue the conversation. I think that there’s a few small tweaks in regards to membership that we can work out.”

“I do support this,” said Council Chairwoman Kimberly Pomerleau. “I would like to look into that (NRA membership) a little more.”

“These issues are all just red herrings,” Trahan said. “It was a movement from the anti-gun community to scare the residents of Standish.”

In an email dated Oct. 27 and provided to Guns.com this week, Standish resident Betty Perry encouraged others to block the club’s lease proposal, fearing a gun range would destroy the town’s atmosphere.

“These gun clubs want to move into these rural area where they hope that citizens will be asleep at the switch,” she said in the email. “This powerful gun lobby will own this town if we cannot keep this out.”

Perry said in the email she met with Standish Town Planner Alton Benson last year in hopes of circumventing the proposal “before it got to the front burner.” Benson told Guns.com Wednesday he spoke with many residents regarding the gun range — some in favor, some against — but didn’t remember any specifics of his meeting with Perry.

“A lot of people come from other towns to find a place to shoot their weapons, ” he said. “This has been an evolving situation.”

Perry told Guns.com Wednesday she lived in nearby Cape Elizabeth for years and remembers well the complaints of neighbors who’s properties bordered the town’s gun range.  She said the NRA “selfishly tries to set their own rules” and disregards the average citizen as it pushes for the proliferation of semi-automatic guns in places where she says firearms don’t belong.

“My understanding of the Second Amendment is that people have the right to own a gun to protect their land rights, and to protect their homes and families,” she said. “No one has the right to shoot semi-automatic guns all day Saturday and Sunday and to destroy the peace of near-by landowners, and neighbors.”

Residents in attendance at Tuesday’s meeting further complained the land’s proximity to an elementary school — less than 1,200 feet away — was problematic. Others expressed concerns about portions of the land’s status as a wildlife preserve — despite clearance from the Maine Department of Inland Fisheries and Wildlife in 2015 indicating the club’s proposal didn’t violate state conservation statutes.

“Leasing 150 acres of land at $1 a year for 25 years is less than the price of a tank of gas for prime real estate,” said Catherine Lippa, a Standish resident, during Tuesday’s meeting. “This is, in my opinion, a willful ignorance of Maine’s economic problems.”

Trahan said the lease price wasn’t unusual. Waldoboro — located about two hours northeast of Standish — gifted town-owned land and facilities to the The Lincoln County Fish and Game Association for use as a gun range. Trahan serves as the association’s president and lives in the town, where he said officials credited the property’s usefulness in the community as reason enough for its generous terms.

“The same thing could’ve happened in Standish,” he said. “The town’s not using the property and it could bring economic development to the community.”

After hours of mostly-negative testimony Tuesday, council members voted down the lease proposal, citing too many lingering questions and not enough research to support building such a facility in Standish.

Perry, however, believes the issue has caused enough damage already.

“The town and the gun users are already pitted against each other,” she said.  “That’s no way to begin a relationship. Trust has already been maligned.  Once this is established the gun owners would rule the town.”