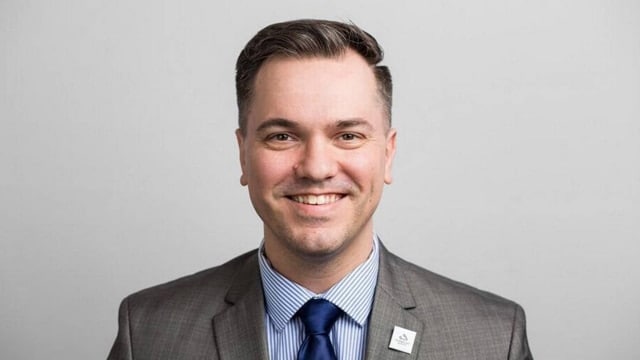 “There is no tragedy, no matter how great, which justifies taking away the rights of innocent people,” Petersen tells Guns.com. “As a matter of fact, I believe that it’s time for us to expand gun rights in the United States.”

Austin Petersen is running for U.S. Senate in Missouri — an effort that, if realized, would see him unseat Sen. Claire McCaskill, a two-term Democrat in favor of gun control. Petersen is on the other end of that spectrum. In September, he made headlines for an AR-15 raffle that saw him booted from Facebook.

In an interview with Guns.com this week, Petersen talked about his relationship with firearms, and clarified his policy positions therein. The interview has been lightly edited for clarity and condensed.

Guns.com: What’s the first gun you ever fired? Talk about that. Who got you into guns?

Petersen: My father was a Green Beret, and he taught me to respect and how to use a gun. So the first firearm I believe I ever shot was my dad’s 20-gauge shotgun, single shot and after that he got me a .22 long rifle to start my gun collection with. So my father taught me how to shoot on the farm … and every single gun that my father’s ever gotten me I treasure and keep with me, and I’ve added a few to my collection since then.

Guns.com: What’s the Second Amendment mean to you?

Guns.com: Do you own many guns?

Petersen: I do. I own maybe around a dozen firearms. I’m not gonna give an exact amount cuz that’s how they get ya.

Guns.com: Fair enough. Is it for protection? Do you hunt?

Petersen: I used to hunt quite a bit more before I lived out on the East Coast, and since I’ve gotten back to the Midwest and I’ve been campaigning, I haven’t had time. But my favorite type of hunting is bird hunting, and my favorite memories are going with my dad and our church groups out doing quail and pheasant and chukar hunts. And my favorite animal to hunt is quail. They are best served barbecued surrounded in bacon and held together by a toothpick.

Guns.com: Are there any gun proposals before Congress that you’re passionate about getting passed?

Petersen: There are proposals I’d like to see passed. There have been proposals to limit our Second Amendment rights and those have been because of the tragedies that have occurred recently. And it’s very unfortunate that politicians will grandstand on our individual rights just because of some bad actor. The truth of the matter is – there is no tragedy, no matter how great, which justifies taking away the rights of innocent people. As a matter of fact, I believe that it’s time for us to expand gun rights in the United States. I would like to see not only an abolition of the Hughes Amendment, which bans the purchase of automatic weapons manufactured after 1986, but I would also like to see us rescind the National Firearms Act entirely.

Petersen: I just don’t see that there is any Constitutional authority for the United States government to restrict the individual right to bear arms. I think that we ought to be able to carry at least the same type of weaponry that the police do. I think that there really isn’t much of a benefit to our security by restricting these firearms. So there’s no Constitutional authority and absolutely no moral authority either. The people need to have the right to bear arms not just because we may think we have to defend ourselves against our own government, but what if we have to defend ourselves against other governments? What if all of our national defense were to fail, and the citizens of the United States had to defend themselves against a foreign government?

Guns.com: Do you see any merit to any gun control proposals floating around out there? If so, which ones?

Petersen: No, I don’t see any merit to any gun control proposals. I’ve seen people pushing to ban bump fire stocks, but I did some research and found out that the fastest firing semi-automatic weapon gun handler in the United States can only fire a little bit slower than people who use bump stocks. It makes you darn inaccurate and I think it’s just posturing. And again, there’s no Constitutional authority for it.

Actually, I would like to see the Hearing Protection Act passed. I know that that’s been shelved for the time being. But I don’t think citizens should be required to go through ATF requirements and stamps and pay $200 for a suppressor.

Guns.com: So, no to bump stock regulations?

Petersen: No, because every time we come up with a regulation like that, there’s a new technology that’ll be invented to go around it. So you waste all your time and money regulating something that people are just going to be able to develop a workaround. I mean look at what happened with California and New York laws. The ATF even determined that according to the law, bump fire stocks do not run aground of the current firearms restrictions that we have right now. I just think it’s a waste of time.

Guns.com: Facebook booted you a couple months ago for an AR-15 raffle. Talk to me about that. Are you back on Facebook? Are the guns all raffled off?

Petersen: We did give away the AR-15. A gentleman in Sharpsburg, Georgia won that one. The issue was that we produced a video where I talked about Claire McCaskill and her record of voting against our Second Amendment rights. In that video, I did a step by step breakdown of the statements that she made and the legislation that she’s voted on, which would essentially have made owning the AR-15 a felony in the United States. And that video was removed from Facebook and I was given a 30 day ban.

Initially, they refused to respond to my requests about why we were being banned, considering that there are thousands of other gun giveaways that happen on Facebook all of the time. And since they refused to answer, I went to the press, I wrote a letter to Mark Zuckerburg. We noticed that Sheryl Sandberg, who is the Chief Operating Officer of Facebook, had actually donated the maximum amount to Claire McCaskill, not just in past elections, but in this election as well. So, we were wondering if Facebook was leaning in to this election by silencing one candidate and donating to another. It’s perfectly within their rights to do so. It’s a private platform, and we said so, and I said as a senator I would never interfere with Facebook’s ability to set their own terms and conditions. And once … every major news outlet picked up on the story, Facebook finally got back to us and said we are not in violation of the terms of service. They restored my Facebook account, but the video that we did on Claire McCaskill was still deleted.

There actually was a little bit of an untold story: I had another post that advertised a gun giveaway that was deleted as well. President Obama had a famous statement where he said “weapons of war don’t belong in our streets.” And I made a Facebook post saying, “weapons of war don’t belong in our streets; they belong in your hands. Win a free AR-15.” And that was taken down and not restored. But I am back on Facebook, the gun has been given away, and I’m a bit of a hometown hero now on the Second Amendment. So, I don’t know whether to be angry at Facebook or send them a thank you card because I couldn’t have paid for all that great publicity.

Guns.com: That isn’t the first time guns have been a sort of political prop for you. You gave Gary Johnson a replica of George Washington’s gun, and then he threw it away. How’d that make you feel?

Petersen: Every time I try and give away a gun, I end up getting in trouble. Yeah, it was a slight. Gov. Johnson and I had a very heated primary (for the Libertarian party Presidential nomination last year), but I am not a sore loser.

I brought the gun, which was a prized possession of mine. It was about a $100 replica, not extremely expensive, but it was a nice gift. It was just something that I cherished and enjoyed talking about with guests and visitors who come to my home and see it sitting on my shelf. I brought it with me to the convention in case I didn’t win, so I could say to the victor “you have my support and my respect and my gun.”

Gov. Johnson was upset that I refused to endorse his VP candidate Bill Weld. This was not meant to be a direct insult to him, but Bill Weld was a bit of a gun grabber in Massachusetts and had not been a defender of our Second Amendment rights, and I couldn’t endorse him for that reason. And Gov. Johnson saw that as a slight at him and so he threw my gun in the garbage. Thankfully, some of my supporters found the gun, fished it out of the garbage, brought it back to me, and I’ve got it now. The Johnson campaign tried to purchase it back when the media started picking up on the story, and I refused to give it to them because now my gun is a piece of Libertarian history and it’s worth thousands of dollars. So yeah, the free market works.