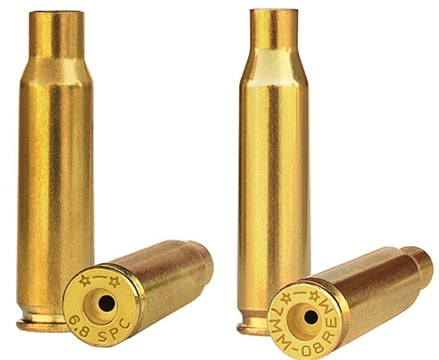 The 6.8 SPC was originally designed for the military as a midway cartridge between 5.56 NATO and 7.62. Constructed to work alongside the AR-15/M-4 platform, the 6.8 SPC packs more power than the standard 5.56 without too much added recoil. The cartridge fairs well in a short barreled rifle and requires only a barrel, bolt and magazine swap for AR-15 conversion. Starline says its new 6.8 SPC brass is safe for use in both 6.8 SPC and 6.8 SPC II chambers.

The 7mm-08 offers flat-shooting in a mild-recoil caliber. With a devout following of hunters and competitive shooters, the wide selection of 7mm caliber bullets makes the 7mm-08 a flexible cartridge to suit shooters needs. The cartridge can be chambered in semi-auto and bolt-action rifles as well as single shots and even a few pistols.