Sportsman's Warehouse predicts demand for MSRs will 'level out' in 2018 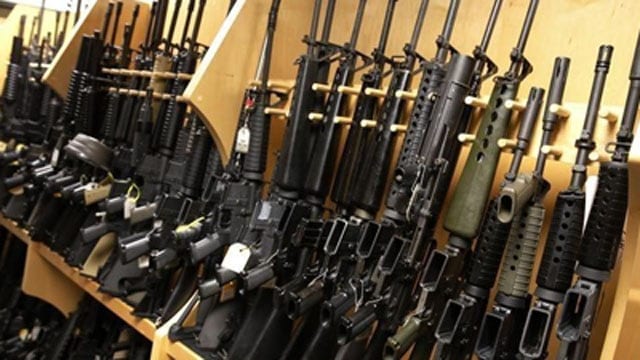 A top executive for Sportsman’s Warehouse said last week the spike in demand for modern sporting rifles will level out in 2018.

Chief Executive Officer John Schaeffer made the statement during a conference call with investors Thursday while discussing the retailer’s financial results for the third quarter ending on Oct. 28.

“I think we’re starting to see the ending of the last peak in MSR increased demand and we’re going to start seeing, in 2018 I think, a more normal level of MSR demand,” he said. “I think that’s one of the reasons that while the hunting category is down, the use firearms, the hunting firearms and the shotguns on a unit basis were actually up for us.”

The retailer reported double digit declines in overall demand for guns and ammo in its third quarter, but said sales for modern sporting rifles and shotguns increased 6.6 percent over 2016 — the gun industry’s biggest year on record.

Schaeffer forecasted handgun sales would likewise fall in the coming year. “I think that’s probably going to go into 2018 a little longer because again those are for concealed carry and for protection,” he said. “And I think we’re going to see a moderation in the protection purchases as we go through 2018.”

The trend mirrors depressed federal background check totals as the industry finds a new-normal under the gun-friendly presidential administration.

Dealers processed more than 5.7 million applications through the National Instant Criminal Background Check System in August, September and October — a 6 percent decline over 2016. NICS checks serve as an industry proxy for firearm sales, but Guns.com removes permit applications and rechecks from the monthly total to more accurately pinpoint sales — though the measurement isn’t exact.

Estimated sales for last month alone, however, suggest demand for modern sporting rifles can — and will — fluctuate with political rhetoric.

October’s estimated sales topped 1 million for the first time in six months, federal data shows. Dealers transferred just under 520,000 handguns and more than 480,000 long guns — the busiest month for the category so far this year.

Analysts attribute the spike in long gun sales to recent mass shootings, including the attack in Las Vegas Oct. 1 that left 58 dead and more than 500 wounded. Similar bounces in the long gun market occurred after Sandy Hook, San Bernardino and Orlando, according to federal data.

The impact of the Nov. 5 shooting at church in Sutherland Springs, Texas and corresponding gun policy making its way through Congress won’t be parsed out until the FBI releases NICS data for November in the coming weeks.