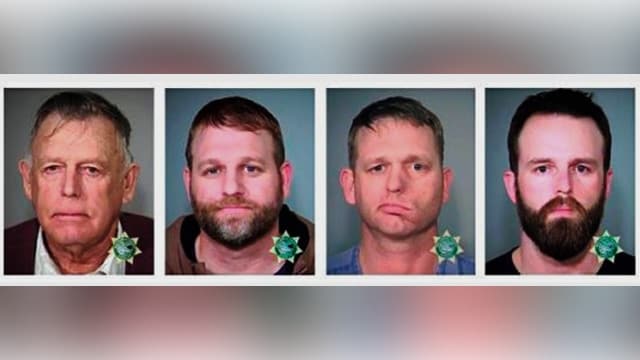 More than three-and-a-half years since the so-called Battle of Bunkerville, Nevada rancher Cliven Bundy, his two sons, and a fourth defendant are facing a jury of their peers in a Las Vegas courtroom.

As opening statements kicked off this week, prosecutors said the Bundy camp defied the rule of law by threat of violence and intimidation, while defense attorneys called the nearly weeklong standoff in April 2014 a legal protest against federal government overreach.

“The only thing (Bundy) wanted to do was raise cattle, just like his grandfather did, and his dad did,” defense attorney Bret Whipple said in his opening presentation, according to Reuters.

Cliven Bundy’s cattle, and the lands they roamed, represent the root cause of the Bunkerville standoff, which was the culmination of a decades-long dispute between Bundy and the Bureau of Land Management. Before 1993, Bundy paid the federal government land grazing fees. But then Bundy took issue with the government’s tightened ranch restrictions meant to protect the endangered desert tortoise.

Bundy wrote letters to BLM, questioning its jurisdiction and insisting his family laid claim to the land since the 1800s. He refused to pay grazing fees for the next two decades, and when BLM came to round up cattle in 2014 in lieu of $1 million in backed grazing fees, that’s when protestors — many of them armed — came from around the country to stand up for Bundy and his family.

In the end, BLM agents retreated, and no shots were fired. But 19 people have been arrested in connection with the standoff. Some have pleaded guilty, others have been found guilty in other trials, and others still have been exonerated or taken plea deals with what are expected to be light sentences.

Countering that, Defense attorney Whipple showed a video of a federal agent throwing Bundy’s sister, 57-year-old Margaret Huston to the ground. Whipple questioned Myhre’s explanation of the event, which was that Huston had to be pulled away from a moving vehicle for her own safety.

“Videos don’t lie,” Whipple said. “See if Aunt Meg was in front of the vehicle.”

Another video showed Ammon Bundy getting zapped with a stun gun after he drove an ATV into a truck carrying equipment the government was hauling off.

On Wednesday, Ryan Bundy, whose face droops on one side because of a childhood accident in which he was run over by a car, painted a picture for the jury.

“I want to take you out into the hills and see the beauty of our land, the beautiful sunsets … the setting moon, the bush. The desert is a harsh place sometimes. Picture yourself on a horse. … Place yourself there,” he said. “Feel the freedom.”

Bundy, who is representing himself, said he was protecting his family’s rights during the standoff.

“We own the grazing rights. We own the water rights on that area, and we don’t pay rent for something we own,’ he said during his hourlong opening statement.

“There was no conspiracy to impede, to injure, to harm,” he said. “No, we’re just trying to protect our life, our liberty, the rights we do own, our livelihood, our heritage.” 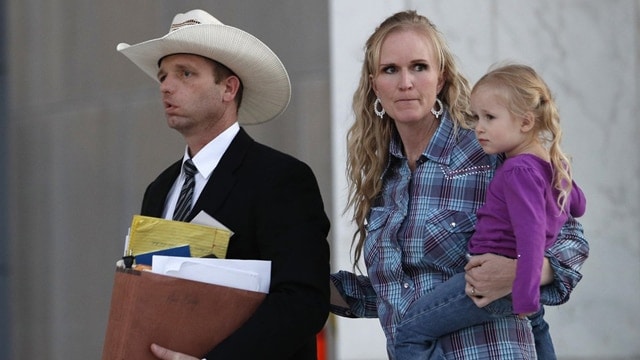 Prosecutors called their first witness Wednesday – Mary Jo Rugwell – a district manager for BLM in southern Nevada from April 2008 through August 2012. She said her staff briefed her during that period about Bundy’s “continuous trespass.”

Rugwell talked about the years-long land dispute, and her efforts to resolve it. She said Bundy ignored repeated notices, prompting the government to file a lawsuit in 1998, which garnered a court order calling on Bundy to remove his cattle. The government didn’t enforce the order for more than a decade, but Bundy remained defiant in those years.

Rugwell said a federal officer put a notice on Cliven Bundy’s dashboard at one point, but he threw it on the ground and one of his sons tore it up. In December 2011, Rugwell decided to impound the rancher’s cattle.

“Nothing else that I tried worked,” she said.

The four men face 15 criminal charges stemming from the standoff. The trial is expected to last through February.