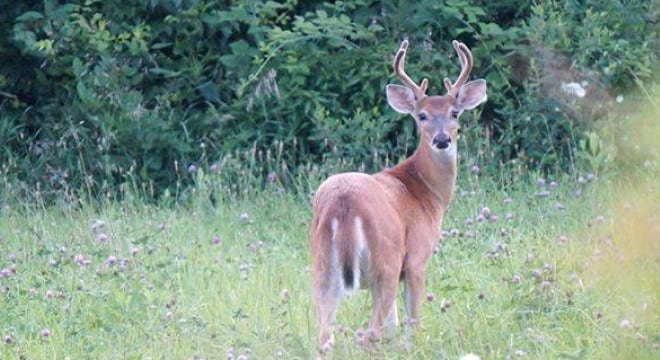 The Center for Wildlife Ethics says the Indiana Department of Natural Resources lacks the authority is issue the emergency rule to allow rifle hunting on public land this season (Photo: DNR)

Arguing the state’s conservation agency lacks the authority to greenlight the season, an animal welfare group has filed a lawsuit to halt rifle-hunting for deer on state and federal land in Indiana.

The legal action, filed by the Center for Wildlife Ethics in a state court last week, takes exception with an emergency rule issued by the Indiana Department of Natural Resources earlier this month to help solve a problem caused by a new law that inadvertently barred sportsmen taking deer with rifles from state and federal land. The CWE argues that the temporary rule by state conservation officials circumvents the will of the state legislature.

“I’m concerned that the DNR can subvert the legislature,” Laura Nirenberg, an attorney for the Center, told the IndyStar. “They are exceeding their statutory authority.”

The fix, now under fire, came after a mistake in the language of a bill meant, ironically, to expand hunting opportunities by amending Indiana’s rifle season for deer hunting to allow the use of more rifle calibers. Instead, the act only applied to private land and eliminated public options, leaving deer hunters on public land with only handguns, shotguns, and muzzleloaders as approved firearms.

Though the season opened on Friday and DNR stands by its decision, LaPorte Circuit Court Judge Thomas Alevizos has set a hearing Monday to consider the request from the animal rights group.

According to DNR, hunters in Indiana harvested 44,673 deer using rifles last season, accounting for 37 percent of all animals taken.