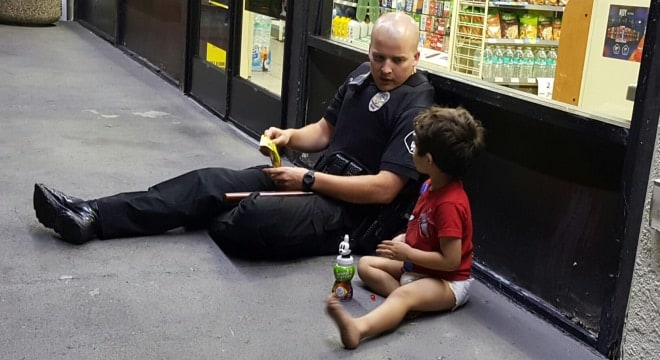 In all, the awards will fund 802 new full-time law enforcement positions in 179 agencies across the nation, with an eye towards community policing. (Photo: Dept. of Justice)

U.S. Attorney General Jeff Sessions on Monday announced the awards for the Justice Department’s Community Oriented Policing Services program, which gives federal dollars to up the number of street cops.

In all, some $98.4 million in grants were awarded to 179 city, county and tribal law enforcement agencies from coast to coast with an eye towards funding 802 new positions. Sessions earlier this year announced the awards process would focus “priority consideration” on issuing the awards to departments that were willing to play ball with federal authorities on immigration laws, and announced that most of the grants greenlighted by Washington met these criteria.

“Cities and states that cooperate with federal law enforcement make all of us safer by helping remove dangerous criminals from our communities,” said Sessions in a statement. “Today, the Justice Department announced that 80 percent of this year’s COPS Hiring Program grantees have agreed to cooperate with federal immigration authorities in their detention facilities.”

The awards on average provide about $125,000 per-position to each department, with most grants for a single new officer. The big winners of the program for 2017 are Chicago, Houston, San Antonio, and Florida’s Dade and Orange Counties, each of which will pick up funding for 25 new positions. Notably, California only received $4.1 million in grants, with almost half of that figure going to Sacramento.

The 2017 award is among the lowest in the history of the program, which has spent $14 billion on community policing since it was established in 1994, providing officers to 13,000 of the nation’s 16,000 law enforcement agencies at one time or another.

Implemented as part of the Violent Crime Control and Law Enforcement Act signed by President Bill Clinton, the first year’s funding stood at $148 million. By 1998, appropriations for the program grew to a staggering $1.63 billion then fell steadily to about $500 million a decade later. The Obama administration ramped up COPS once again, increasing funding to $1.55 billion by 2009.