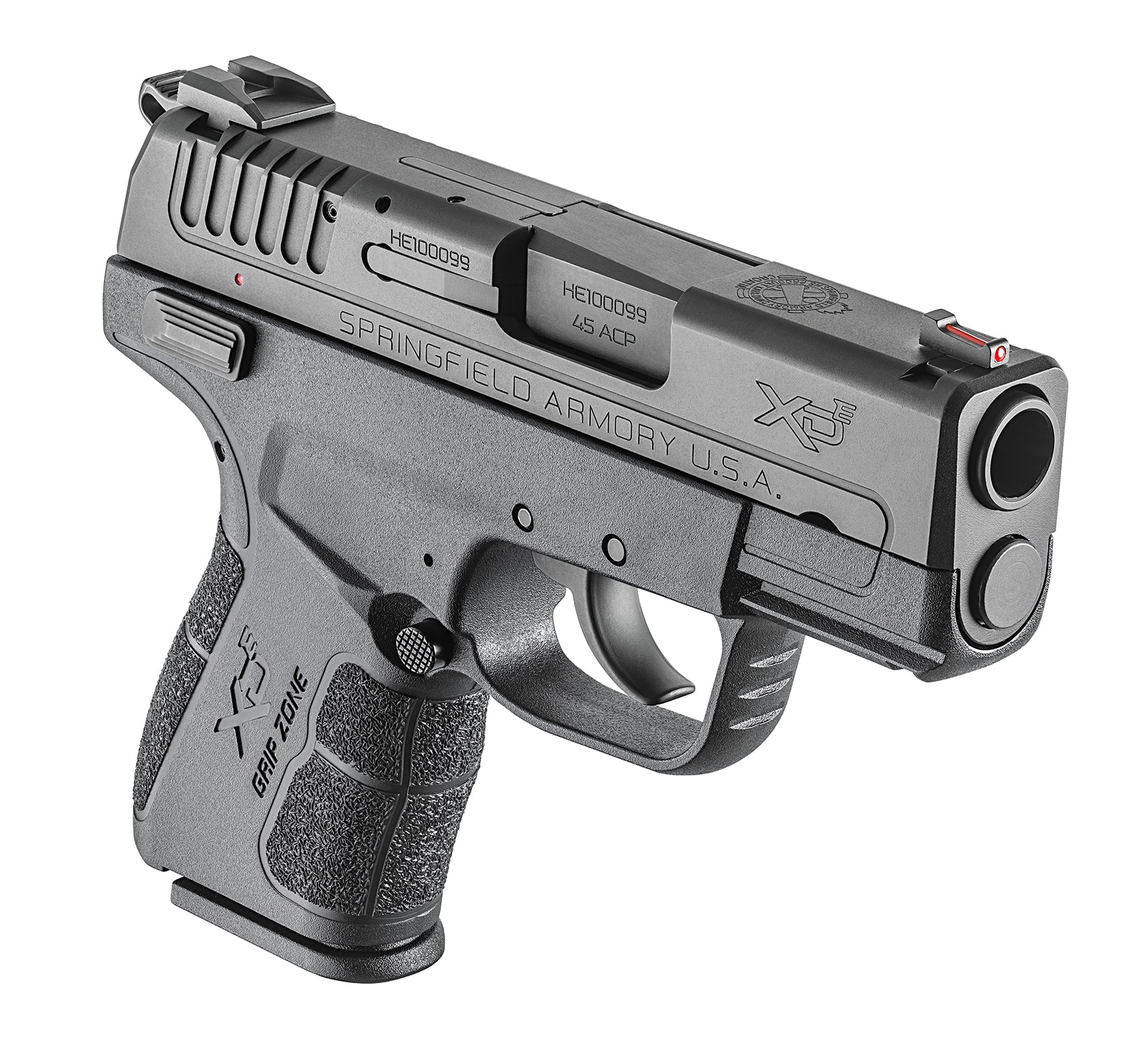 To the delight of .45 ACP fans, Springfield Armory announced a new XD-E pistol model chambered in the venerable round, giving Springfield fans the choice of 9mm or .45 ACP.

Featuring a 3.3-inch barrel on a 6.75-inch frame, the single stack XD-E .45 model tips scales at 23-ounces unloaded. The .45 model, like its 9mm sister, utilizes XD-E Point and Shoot Ergonomics to offer a sleek polymer frame at just an inch wide for better hand and holster fit. The Low Effort Slide requires 27-percent less effort to manipulate compared to other similar handgun designs, according to Springfield. Anti-slip texturing is applied to “strategic positions” of the grip surface, touting comfort and control.

The XD-E’s external hammer and loaded chamber indicator permits for both visual and tactile confirmation of the guns’ state while the double action/single action trigger requires a long and deliberate pull.

Shipping with steel sights out of the box, the fiber optic front sight pairs with a low-profile white-dot rear to provide positive sight picture. The serrated rear surface also acts to reduce glare while shooting. Additional features of the XD-E include an ambidextrous thumb safety/decocker and magazine release.

CEO Dennis Reese said the decision to include .45 ACP on the XD-E lineup came directly from customers.

“Our customers told us they’d like the fight-stopping power of a .45 ACP, with the easy racking ability of our XD-E Series,” says Springfield Armory CEO Dennis Reese in a press release. “The new XD-E .45 gives them exactly what they asked for: a no-compromise pistol that offers multiple safety modes for peace of mind no matter how you choose to carry.”