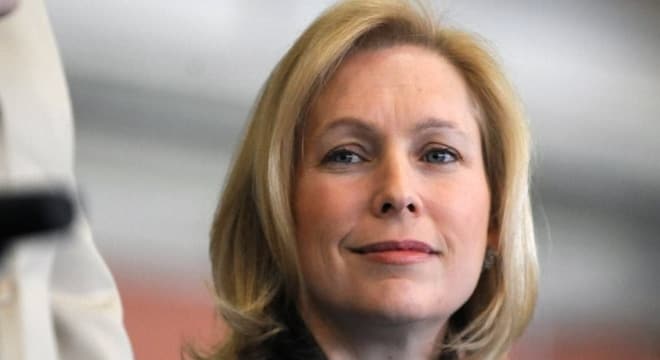 New York Democrat Sen. Kirsten Gillibrand is seeking to make the transfer of two or more guns to someone not legally able to bear them a felony. (Photo: Gillibrand’s office)

A New York lawmaker is making a bid to bring back federal legislation that would make selling guns to a prohibited possessor worth 20 years in federal prison.

The measure, proposed by U.S. Senator Kirsten Gillibrand, D-NY, would make it a crime to sell two or more guns to someone whom the seller knows is prohibited from legally possessing them. It is a repeat of legislation proposed by Gillibrand in 2013 and 2015 that never made it out of committee.

“Over the last year and a half, our country has suffered through three of the five biggest mass-shootings in our history and thousands more Americans have been victims of gun violence on a much smaller scale, but Congress has done nothing to solve this crisis,” Gillibrand said in a statement.

The bill, termed the Hadiya Pendleton and Nyasia Pryear-Yard Gun Trafficking and Crime Prevention Act, is named after two teens killed in New York with guns traced to out-of-state origins.

Gillibrand contends there is no federal crime that specifically recognizes gun trafficking. Her bill would modify current law to make it a felony to transfer two or more guns in an instance where there is a reasonable belief that doing so would be in violation of the law. The crime would extend to those directing or assisting others in such transfers. Penalties for those convicted could run as high as 20 years with ringleaders facing 25.

Past versions of the proposal have had the strong endorsement of gun control advocates and community leaders in New York, but failed to gain traction on Capitol Hill.

The senator, who assumed the seat formerly held by Hillary Clinton in 2009 after a special election, has long been a champion for gun control and is currently backing measures to revive a federal ban on “assault weapons” and implement a new one on bump stocks.