Developed by J.L. Cameron and L.E. Yaggi during the Great War to allow Doughboys to pop shots at the Kaiser’s sauerkraut-eating legions across No Man’s Land, this rare trench rifle is up for auction.

Up for bid in Rock Island Auction’s upcoming December Premiere Firearms Auction, this late WWI model (1918-marked barrel) Springfield Armory Model 1903 rifle comes complete with a very hard to find Cameron-Yaggi device, one of several “trench periscope” setups tested for use in that horrible “War to end all wars.”

To avoid the Richard Harrow treatment, the idea was that marksmen could use these periscope-fitted rifles to pick off the enemy– with special attention paid to enemy snipers– while safely utilizing the cover and concealment of a nice muddy trench filled with rats and puddles of mustard gas. 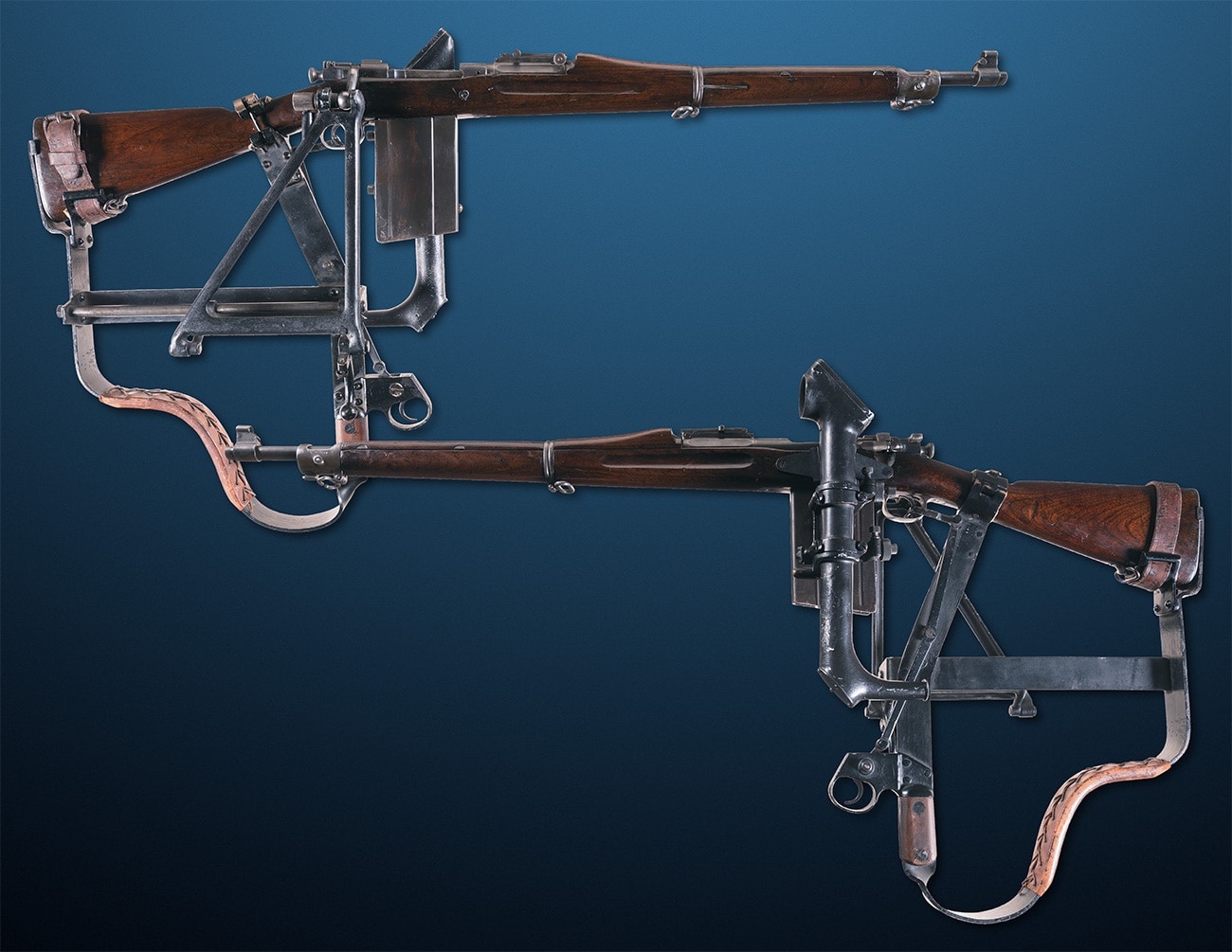 Ian with Forgotten Weapons takes a look at Cameron-Yaggi rig, including taking a few shots of .30-06 over a simulated parapet in the above video.

This particular rifle comes from Bruce Canfield’s own collection (he literally wrote most of the noteworthy books on U.S. military small arms currently in circulation) and was featured in a number of books itself.

For a closer look, check out this table-top inspection below.