Turkey day and an early Beretta from the Mayflower 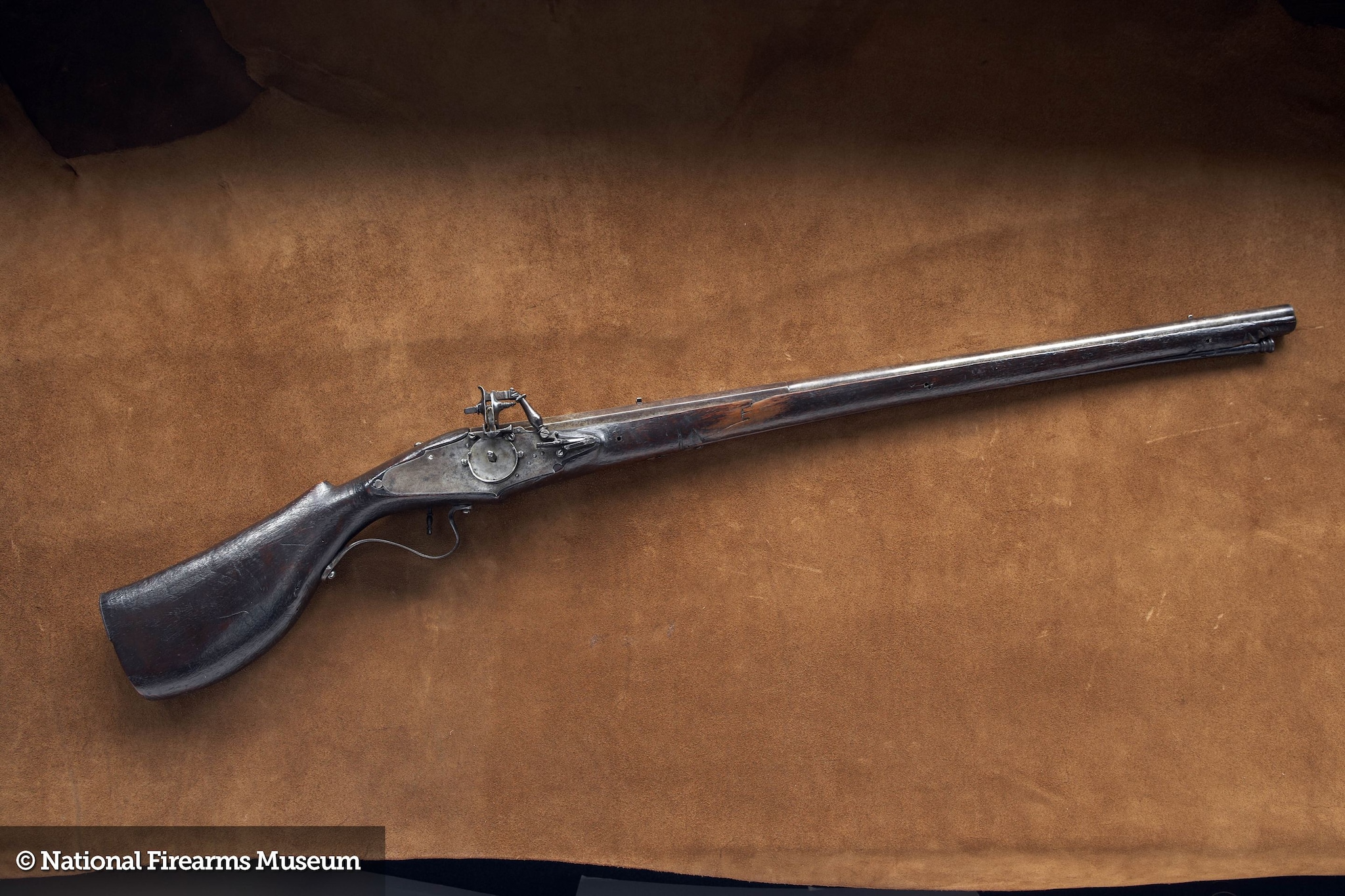 While it doesn’t look like the blunderbuss guns cartoons would have you believe the Pilgrims used, this Italian-made wheellock was at Plymouth colony back in the day. (Photos: National Firearms Museum)

One of the early Pilgrims at Plymouth Colony at the first Thanksgiving was John Alden, and a vintage rifle belonging to him has survived some 397 years.

A 20-year old barrel maker who came over on the Mayflower, Alden brought an Italian-made wheellock with him across the big pond and used it in Captain Miles Standish’s local Militia to protect the colony. Markings on the barrel and lockplate of this .66-caliber smoke pole indicate a link with the Beretta family of gunsmiths.  As a backup, Alden likely carried any number of edged weapons as well as demonstrated by an iron halberd found in the basement of his former home in 1653 and currently on display at Pilgrim Hall. 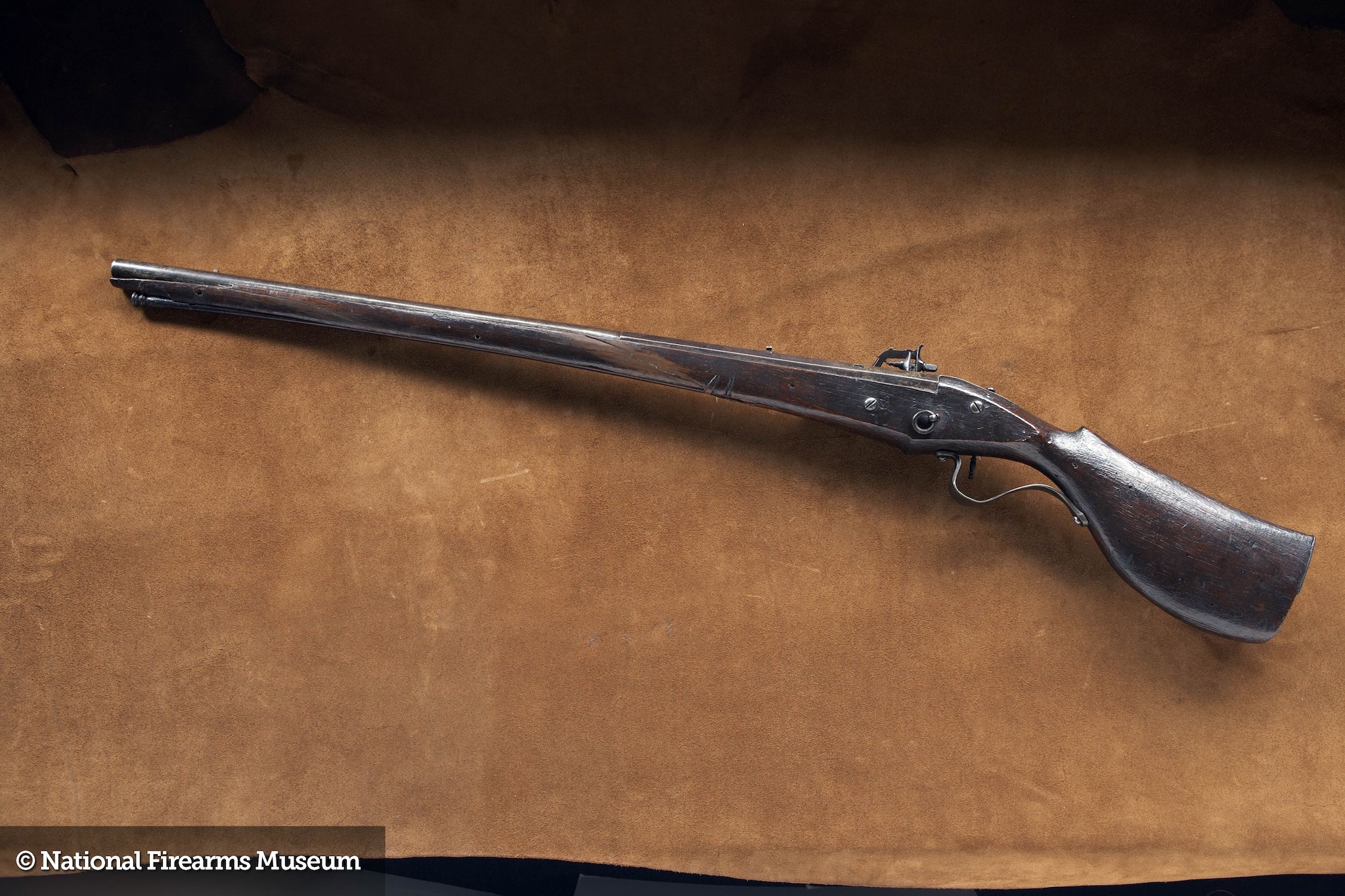 Although the wheellock was mentioned in Alden’s will, it was not recovered until 1924 when his house was being renovated– found loaded in a secret compartment near the door of the residence, still ready for use at a moment’s notice. 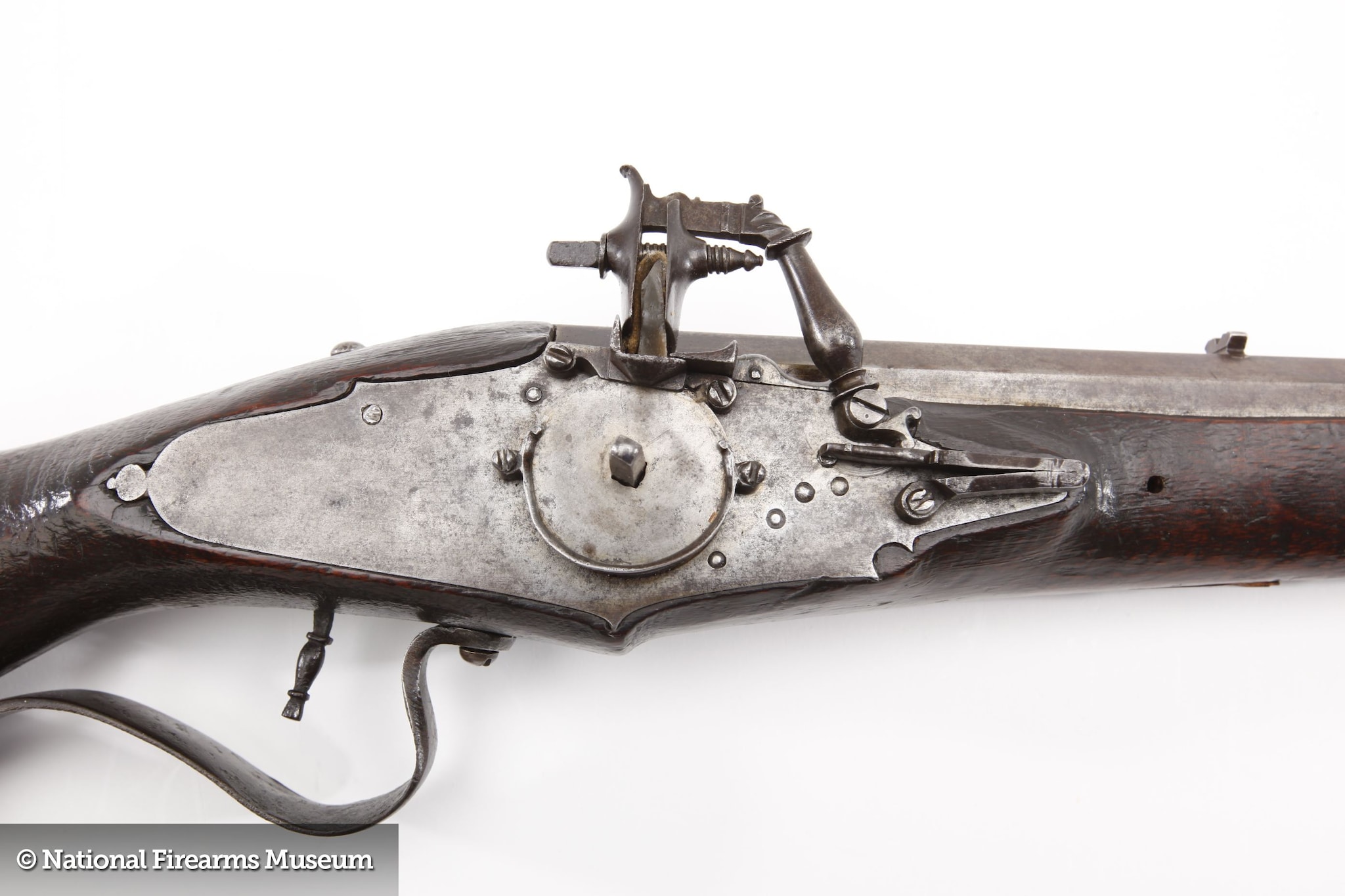 While likely not the first handheld firearm in the New World– Spanish conquistadors such as DeSoto and Ponce de Leon had arquebusiers accompany them in travels through North America in the 16th Century– the Alden gun was likely one of the first carried at Thanksgiving.

It is currently in the collection of the National Firearms Museum.