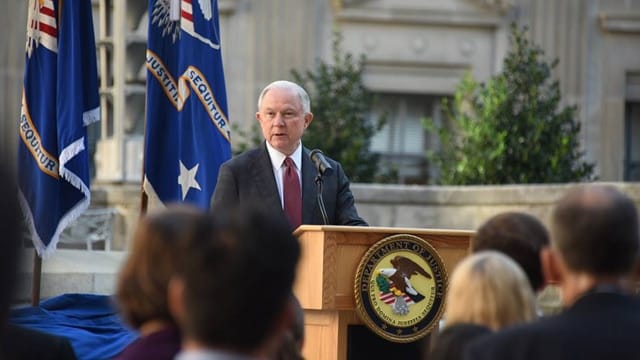 Attorney General Jeff Sessions directed a review of the federal background checks system, citing issues that allowed a Texas gunman to legally buy firearms despite a documented background making him a prohibited buyer.

In a statement, Sessions said the shooting at a church in Sutherland Springs, Texas, “that relevant information may not be getting reported to the (National Instant Criminal Background Check System) – this is alarming and it is unacceptable.”

“The National Instant Criminal Background Check System is critical for us to be able to keep guns out of the hands of those that are prohibited from owning them,” Sessions said. He directed both the FBI and ATF to review the system and identify ways to improve the reporting process.

Earlier this month, the gunman, Devin Patrick Kelley, killed 26 people and injured 20 others. Kelley had obtained the firearms he used legally despite domestic violence convictions during his service in the U.S. Air Force. Admittedly, the military failed to report the conviction to federal authorities.

The directives order the agencies — the FBI manages NICS and the ATF, in addition to enforcing federal gun laws, regulates licensed gun dealers and provides guidance for using NICS — to work with the Defense Department to resolve issues with the military’s reporting info to NICS. They are to also work with any other federal department that has reporting issues as well as improve information sharing by state, local and tribal authorities.