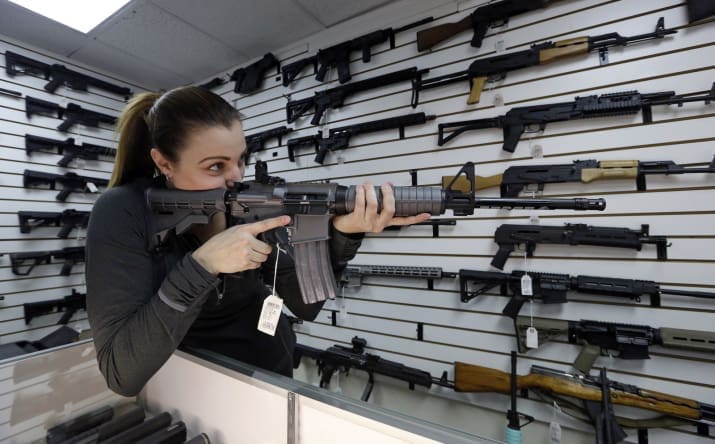 A shopper tests out an AR-15 at a gun shop in Lynnwood, Wash. (Photo: Elaine Thompson/AP)

On the heels of one of retail’s biggest holidays, gun and gear makers rev up for round two of sales launching Cyber Monday deals to keep the shopping momentum going.

Maxpedition launched a buy one, get one sale while First Tactical slashed prices up to 50 percent on select apparel. LWRCI extended its Black Friday weekend sale, offering a sitewide discount on top of lowered prices on the company’s uppers. The Mako Group debuted deep discounts of up to 50 percent on clearance accessories. Even Alien Gear and Crossbreed jumped in on deals, dropping MSRP on some of their most popular holsters for Monday morning shoppers.

Though Black Friday continues to generate significant sales for retailers, more and more shoppers turn to the internet to score big deals the Monday after Thanksgiving. Coined in 2005 by Ellen Davis of the National Retail Foundation, Cyber Monday first came to light after researchers noted a recurring spike in online traffic and revenue on the Monday following Thanksgiving. Away from the prying eyes of children at home and with the power of their employers’ internet connections, U.S. consumers began stocking up on gifts online. A New York Times report in 2005 clued marketers in on the trend and, like that, Cyber Monday was born.

Forbes says revenue from Cyber Monday sales climbs a little each year with mobile shopping bolstering its presence. The online shopping day claims roughly 40-percent of sales on what use to go to brick-and-mortar stores. Forbes says 2017’s revenue is predicted to continue the upward trend, with retailers expecting to see returns totaling $3.81 billion.

As gun guys and girls follow the herd and head online Monday to stock up for the holidays, manufacturers and retailers are ready and waiting with slashed prices and enticing bargains.