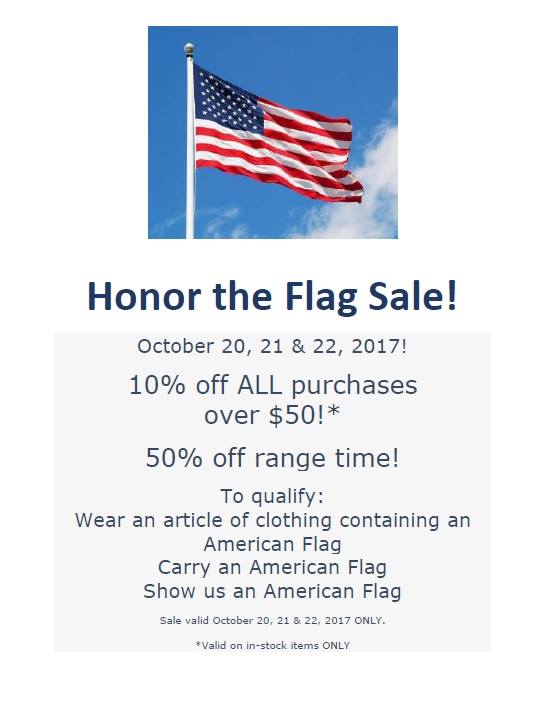 A family-owned sporting goods store in central Pennsylvania told Fox News over the weekend Facebook pulled its advertisements over guns.

“There seems to be a very strong political and cultural bias on the part of Facebook toward our industry,” she said during an interview with Fox and Friends Sunday. “We are not treated the same as your box stores. Dick’s Sporting Goods, Caleba’s, Bass Pro Shops — they all have the ability to advertise. We asked about that and their answer was ‘well they sell other things.’ We do too.”

The Sportsman’s Shop — the oldest gun store in Lancaster County — opened three miles down the road from its current location in 1954. The Class III dealer offers a selection of more than 2,000 firearms, suppressors and accessories — as well as outdoor gear and equipment for fishing, archery and hunting. It’s new location in East Earl also features an indoor gun range.

Keffer said she used Facebook’s marketing features without issue until one day last month when she noticed an ad for the store’s “Honor the Flag” sale had disappeared. When she questioned Facebook over the matter, staff referred her to the website’s policy against promotions for weapons sales.

Although the flagged advertisement didn’t promote gun sales itself, the Sportman’s Shop, in general, does. Therefore, Keffer explained, Facebook felt justified in revoking its advertising privileges.

“Social media has a marketplace that you really can’t touch any other way and in order for us to reach that marketplace, we need to be able to advertise,” she said. “Not being able to really just does our business and our industry a huge disservice.”

“In the past, we have spent thousands on Facebook and Google AdWords, but then out of nowhere, our ads started getting denied,” said Jared Sloane, the range’s operation director, in an email to Guns.com last month. “When we ask Facebook or Google why we no longer can advertise, it’s always the same response.”

“So, in turn, we deleted the link on our page that went to the store (a small part of our business),” he said. “We then created new ads and started fresh, but we were still declined.”

“The problem isn’t the rules and why they prohibit the advertising, the problem is the inconsistency,” Sloane said. “Sometimes our Facebook ads are approved and sometimes they aren’t (majority of time), but then we will see an ad that another company is running that is flat out promoting gun or accessories sales. It makes no sense! We just would like a little consistency.”

Keffer said Sunday “it’s time the industry spoke up” about the issue, saying “I think we deserve the same right and the same treatment as any other small business.”