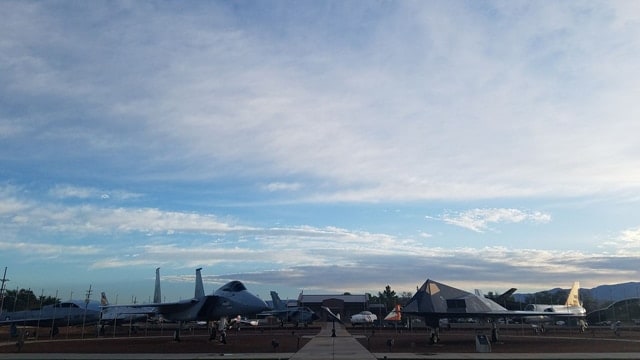 Military officials said sub par criminal records reporting to the FBI isn’t a problem isolated to Holloman Air Force Base in New Mexico, where the man who gunned down 26 people at a Texas church earlier this month served from 2010-2012. (Photo: Holloman AFB – 49th Wing/Facebook)

The revelation comes amid the military’s preliminary investigation into how officials time and again neglected reporting service member convictions to the FBI’s National Crime Information Center. The oversight became headline news when 26-year-old Devin Patrick Kelley — a former Airman discharged in 2014 after assaulting his wife and infant stepson — shot up a church in Sutherland Springs, Texas, earlier this month, killing 26 and wounding 20 others.

Kelley bought four different firearms in the years after his 2012 conviction, investigators said — including the Ruger AR-556 used in the church attack — despite his prohibited status under federal law. Military officials acknowledged their mistake made Kelley’s crimes virtually invisible to gun dealers accessing the National Instant Criminal Background Check System — the database used to verify a buyer’s identity and criminal record before completing a sale.

“Although policies and procedures requiring reporting were in place, training and compliance measures were lacking,” the Air Force said in a press release Tuesday.

In the days after the shooting, Secretary of the Air Force Heather Wilson and Air Force Chief of Staff Gen. David Goldfein directed an immediate review, forming two task forces of 30 staff each to comb through more than 60,000 cases dating back to 2002.

“Air Force officials are correcting all identified deficiencies as they are discovered and reporting them to civilian law enforcement ,” the statement continued. “The full review will be completed over the next several months.”

It’s too little, too late for a couple who lost nine family members, including their son, at the Sutherland Springs church Nov. 5. Joe and Claryce Holcombe filed a wrongful death claim against the Air Force Tuesday for “utterly failing in their reporting obligations,” despite knowing — as far back as 1997 —  that service member convictions were missing from federal databases.

“I’m not surprised they are finding these lapses because this was clearly never a priority in the past,” said Don Christensen, a former chief prosecutor in the Air Force, during an interview with the New York Times this week. “Earlier inspector general investigations found that they were not doing this properly and the leadership never made it a priority to correct it.”