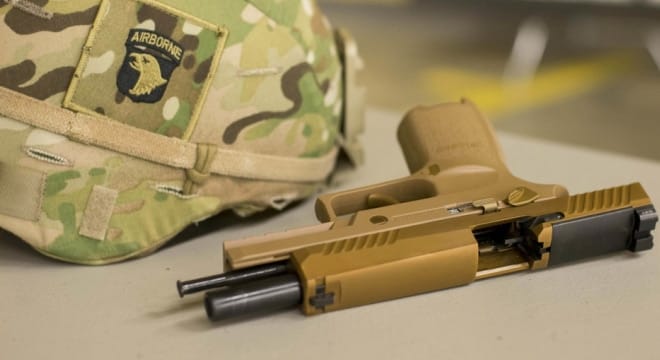 Troops of the 101st Airborne Division were the first in the Army to be issued the new handgun, based on the Sig P320 (Photos: DOD)

Soldiers of the Fort Campbell-based 101st Airborne Division are now being issued the winner of the Modular Handgun System contract, the M17 and M18 pistols made by Sig Sauer.

The modified Sig Sauer P320 9mm is being fielded at the Kentucky base first in full-sized and compact variants, then will be pushed out to all units over the next 10 years, replacing the aging M9 Beretta.

“The world has changed since the strength and resilience of this division was forged during the maelstrom of World War II,” said Maj. Gen. Andrew P. Poppas, commander of the 101st, in a statement. “In order to maintain our decisive edge, we must continue to outpace our potential adversaries with more lethal capabilities, from the modular handgun system we fielded today to the innovative and adaptive air assault concepts, equipment and training the 101st continues to perfect.” 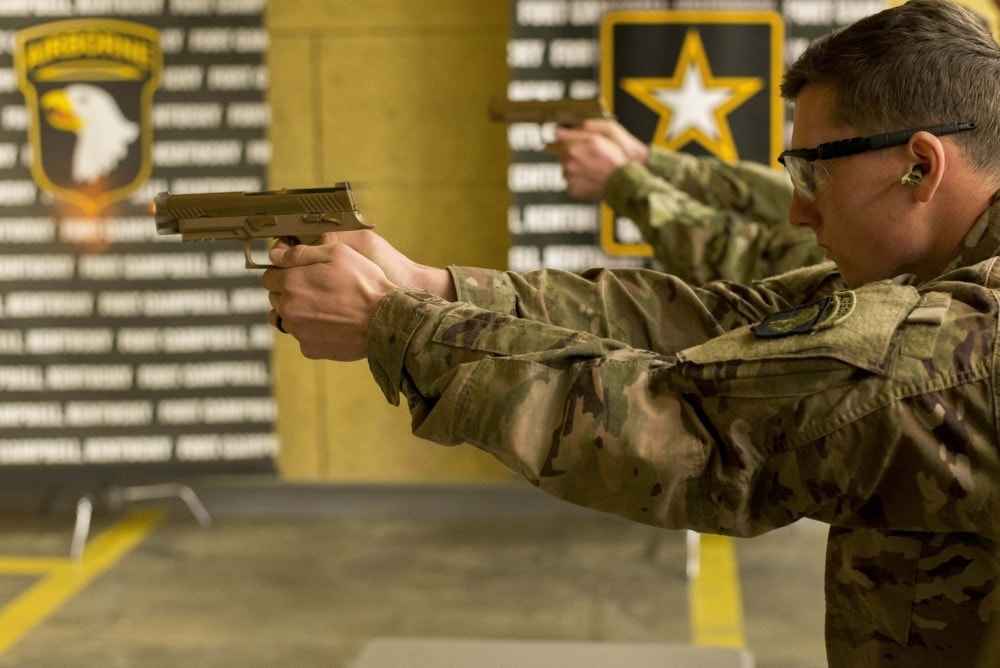 Army Chief of Staff Gen. Mark Milley went on record in September vouching for the MHS and downplayed controversy over its civilian base model. The Army conducted operational testing of the platform this summer at Fort Bragg, N.C. with service members from several commands as well from the Air Force, Marine Corps, and Navy.

“We are both humbled and proud that the P320 was selected by the U.S. Army as its weapon of choice,” said Ron Cohen, president and CEO of Sig Sauer in a statement. “Securing this contract is a testimony to Sig Sauer employees and their commitment to innovation, quality and manufacturing the most accurate and reliable firearms in the world.”

Below is footage provided by the Department of Defense of troops from the 101st receiving and unpacking the new MHS at Fort Campbell– including a comparison between the two versions– and then firing the handguns on the 5th Special Forces Group’s indoor range.