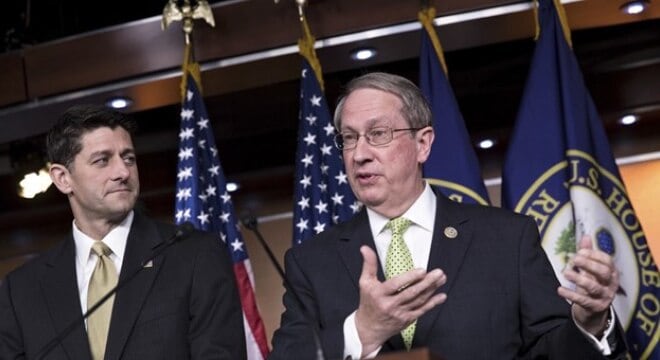 In a party-line vote Wednesday, the House Judiciary Committee sent a measure expanding carry protections to the floor over howls from gun control advocates.

“The Concealed Carry Reciprocity Act ensures that law-abiding citizens’ Second Amendment right does not end when they cross state lines,” said Goodlatte in a statement. “Citizens with a state-issued concealed carry license or permit, or individuals who are citizens of states that do not require a permit to carry a concealed firearm, should not have to worry about losing these rights when entering another state that may have different rules and regulations.”

The measure speeding to the floor has 213 co-sponsors including a few Democrats and the support of attorneys general from five conservative states. In its amended version, it would force states to recognize the right of law-abiding citizens with a valid concealed carry license or permit to carry a concealed handgun. Residents of constitutional or permitless carry states would also be recognized. Further, the proposal would open public land currently off limits to concealed carry such as that controlled by the Army Corps of Engineers.

A group of big-city district attorneys, under the banner of Prosecutors Against Gun Violence, were on hand along with other national gun control groups and police lobby organizations to protest the bill.

“The Concealed Carry Reciprocity Act would be, I think, the single most destructive bill we could pass to affect the public safety we have achieved, and affect it negatively,” said Manhattan District Attorney Cy Vance. “Individuals could come in with loaded weapons into New York City, and probably hundreds of thousands when you consider we have 46 million visitors outside the United States into New York.”

The National Rifle Association ranks the issue of nationwide reciprocity, which they argue is “a much-needed solution to the confusing patchwork of state and local gun laws” as a top legislative priority.

The measure could receive a floor vote in the House as early as next week, while its Senate companion has 38 supporters, all Republican.

Besides the polarizing carry bill, Goodlatte’s committee also marked up a new “Fix NICS” act, which would add several accountability measures designed to ensure that federal agencies submit the records of criminals, domestic abusers and others prohibited from possessing guns to the FBI-maintained system while giving states incentives to up their own reporting.

“There is simply no excuse for the ongoing negligence of criminal history reporting into the National Instant Criminal Background Check System,” said the bill’s sponsor, U.S. Rep. John Culberson, a Texas Republican.