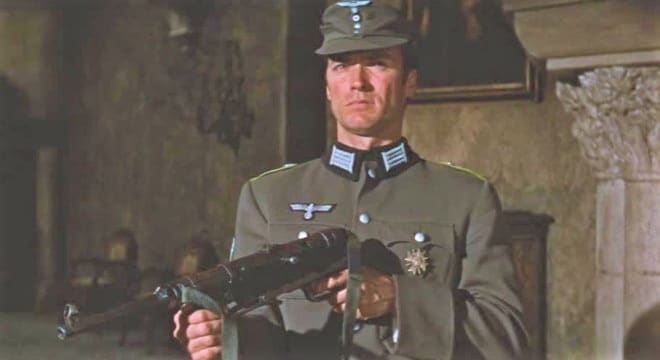 The film featured a group of Allied commandos who, disguised as Germans, were sent behind enemy lines to rescue a captured general. (Photo: IMFDB)

It turns out that one of the guns handed over to police in a national amnesty this month in the UK had some screen time back in its prime.

As reported by Metro News, a former film worker turned in deactivated German MP40 submachine gun at Bridgwater police station in Somerset. Besides its military use, the demilled 9mm burp gun had a starring role in a 1968 MGM film shot in Europe, Where Eagles Dare, based on the Alistair MacLean war novel of the same name.

In the film, Allied commandos infiltrate a German base, disguised at one point as German soldiers. One of the commandos? Army Ranger Lt. Morris Schaffer, played by Clint Eastwood, who deftly used a pair of MP40s in the film to mow down ‘nassis as needed.

Avon and Somerset Police’s evidence manager, Richard Vise, said they confirmed the gun was a prop and it will be transferred to the Royal Armouries Museum in Leeds. 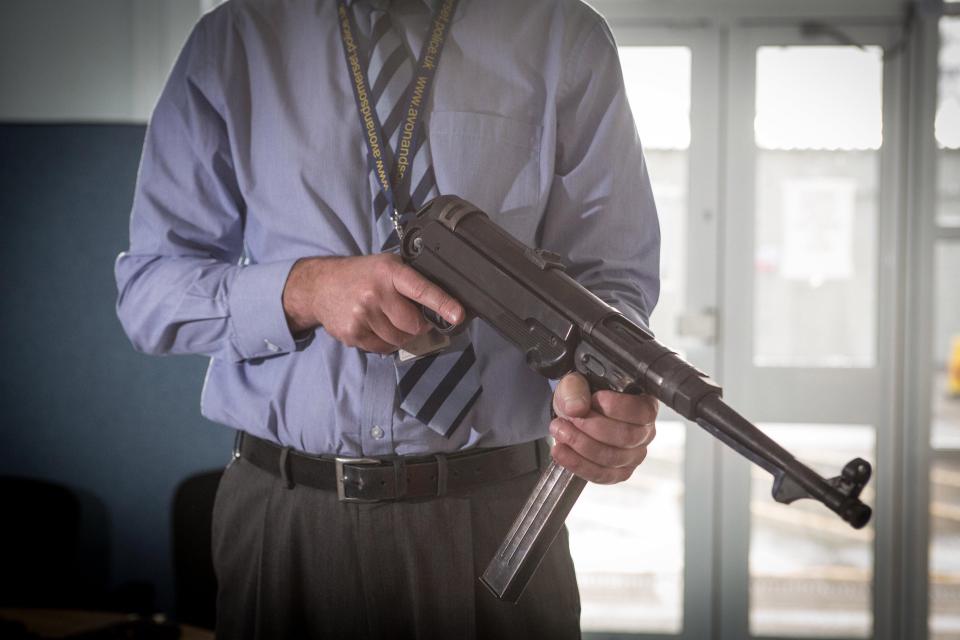 In all, the agency pulled in 210 guns and gunlike objects including a 1918 Enfield, two rifles made into lamps, a dozen WWII-era handguns, and a 1907 Dreyse pistol.

The two-week amnesty, which wrapped up Sunday, was the first national firearms surrender in England and Wales since 2014