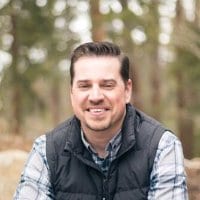 Buckingham said he would step down from his top role at the prolific handgun manufacturer effective Dec. 8 to “pursue other interests.”

Buckingham joined Smith & Wesson’s executive management team in April 2016 after more than a decade at the helm of Brownells. In the 18 months since, gun makers and retailers alike have weathered a volatile sales market reacting to competing political pressures.

From the heights of the industry’s biggest year ever pre-election to the lows of a historically weak summer, exacerbated by rock bottom prices and excess inventory, profits are down across the industry.

“While these conditions may be challenging in the short-term they are not new to us,” Debney told investors in September as he predicted a stronger earnings for the company in the later half of the fiscal year. “Now there is always risk. I can’t predict the future. I’ve got a crystal ball that’s not that great sometimes. So as we think about September, October and November, those are three key data points for adjusted NICS checks that will really tell us the strength of the return of the shopper.”