CMP announces how Army surplus 1911s to be sold 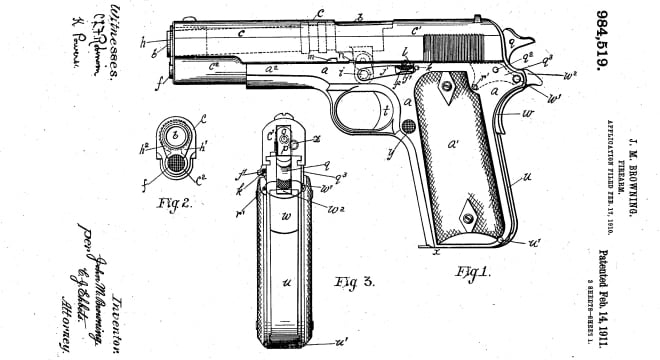 John Browning’s .45ACP semi-auto was adopted by the U.S. Army on March 29, 1911, and the service’s largest remaining stocks of vintage Model 1911s may soon be made available to the public– with some strings attached.

The Civilian Marksmanship Program’s Board of Directors has come up with a list of preliminary decisions on how the government-chartered non-profit will handle the sale of M1911 pistols.

With pending legislation mandating the organization receives 8,000-10,000 surplus M1911s from the Army each year for at least the next two years — with as many as 100,000 possibly transferring over time — the group announced Monday in an email some of the guidelines established for their sale to the public.

Warning that grading and pricing of the pistols will take “an estimated 150 days” after they receive the first quantities of the pistols should the legislation be signed into law, CMP advises all laws concerning the sale of the handguns will be “strictly obeyed.”

This means that those interested in buying a 1911 would have to meet all of the standard eligibility guidelines to purchase surplus firearms from the organization — U.S. citizenship, proof of membership in an affiliated club and proof of marksmanship activity — but also forward a copy of their local dealer’s FFL to handle the transfer and a successful NICS check both before the sale is completed with CMP and at the transfer from the dealer. This is different from how the CMP ships rifles, which in most states can be sent directly to the customer.

While it has long been a ritual for Garand and Springfield M1903 enthusiasts to haunt the CMP’s two brick and mortar stores, the group says they will only sell the 1911s through mail order with a date to submit orders announced, “to the world.” Those submitting orders will have their names submitted loaded into a random number generator to be pulled once the 10,000-applicant threshold is met.

When selected, lucky purchasers will be contacted and allowed to choose from “a list of 1911 grades and pricing options that are available.” A similar random draw was used in part to sell a small quantity of M1 Carbines the group put up for grabs in 2016.

To allow as many collectors interested to get their hands on the GI .45s as possible, sales will be limited to one pistol per person, per year. This is a substantial change from the eight per calendar year, per customer, limit recently set on M1 Garand rifle sales.

As for prices, the organization did not make an announcement but Steve Cooper, general manager of CMP North as well as their marketing manager, talked to the Sarasota Herald-Tribune’s Lee Williams and said it’s likely shootable guns will run $800-1000.

“Even though they may be shot out or busted up, we don’t want them falling into the hands of people who will just leave them in a glove box,” said Cooper. “We want a perceived value — more of an heirloom. We don’t want them considered a standard sidearm. All we need is to have someone commit a liquor store robbery with one and then we’ll be held accountable.”

As part of the pending legislation authorizing the transfer and sale of the 1911s, the Army is required to inform Congress on the program’s activities during the two-year pilot program.

In 2015, an Army whitepaper, prompted by the Obama-era Department of Justice, questioned a plan to sell the 1911s to the public, calling them “popular crime guns.”