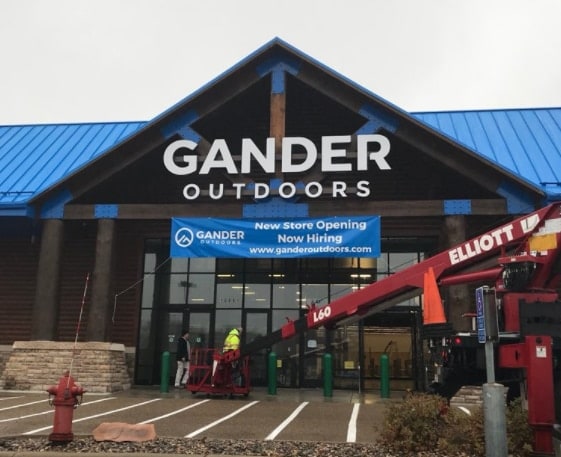 The old Gander Mountain stores are getting a new look.

It remains unclear which of the surviving 57 locations will open first — though the company’s website promises updates “soon.”

Camping World — the nation’s largest recreational vehicle dealer — detailed its plans in a Securities and Exchange Commission filing Oct. 20 to open the first 15-20 new Gander Outdoors locations by the end of the first quarter on March 31, 2018. Another 40-45 could open by the end of next year’s third quarter in September.

Lemonis — who led the investor group that bought out Gander Mountain’s intellectual property and store leases in an April bankruptcy auction — promised to rework the retailer’s gun inventory to offer a bigger selection at lower prices. So far, the company has spent more $8.7 million on “pre-opening costs,” according to the filing.

“We believe to have a unique opportunity to expand into the broader outdoor lifestyle market and leverage our existing array of products and services,” Lemonis said during a conference call with investors in August. “We’re focused on locations that can offer all of our Gander, Overton’s, Camping World and Good Sam products and services for the RV, boating and outdoor lifestyle.”

Gander Mountain filed for Chapter 11 bankruptcy protections in a Minnesota federal court on March 10. Less than a month after Lemonis bought out the company, he changed its name to Gander Outdoors and announced he would close more than half of the chain’s 162 locations as he attempts to fix years of “undisciplined inventory buying,” including $100 million wasted on a “bad assortment of guns.”