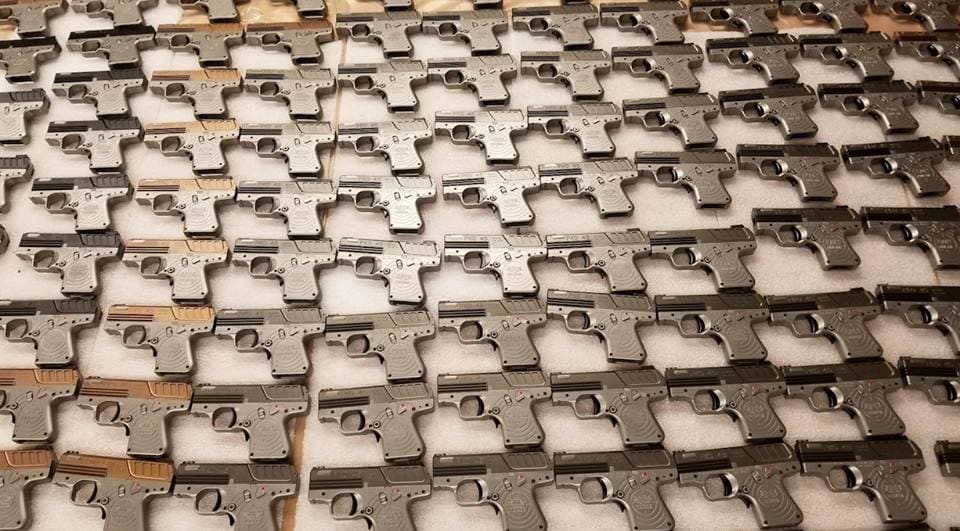 “We are proud to announce that we have shipped our first distributor load today!” said Heizer, reporting the guns were shipped to wholesalers Hicks, Sports South, Williams Supply, and Zanders. (Photo: Heizer Defense)

The Pevely, Missouri-based firearms company announced on Friday that their long-awaited subcompact handgun is now shipping to wholesalers for distribution.

The PKO-45 was originally announced in April 2016 at the U.S. Concealed Carry Association Expo and slated for a September 2016 release date. Heizer later revised that to February 2017, but this week released images of the compact 5+1 shot .45ACP being boxed up for delivery.

“We are proud to announce that we have shipped our first distributor load today!” said the company on social media, reporting the guns were shipped to wholesalers Hicks, Sports South, Williams Supply, and Zanders. “This is a huge milestone for us, and we are so thankful for our fans patience as we perfected the most advanced pistol to ever hit the market!”

Made of stainless steel (with titanium-framed variants) the PKO45 has no plastics or polymers and features an ultra-slim width of just 0.8-inches. Tipping the scales at 28-ounces, it’s over twice the weight of a Ruger LCP but you don’t get six shots of .45ACP in the LCP.

MSRP? $899, which is also upmarket for a pocket pistol, but again, it’s a very tiny .45ACP semi-auto that fills a void left by the disappearance of the Boberg XR45, so there is that. 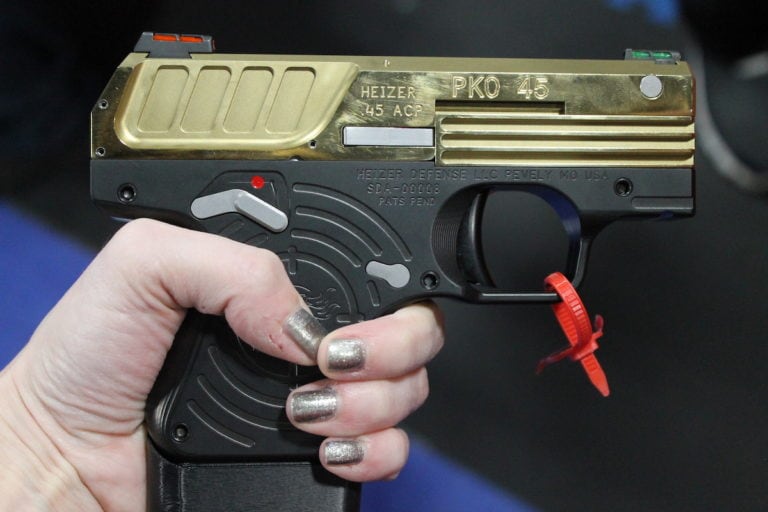 The Titanium version of the PKO-45 with an extended magazine. (Photo: Jacki Billings/Guns.com)