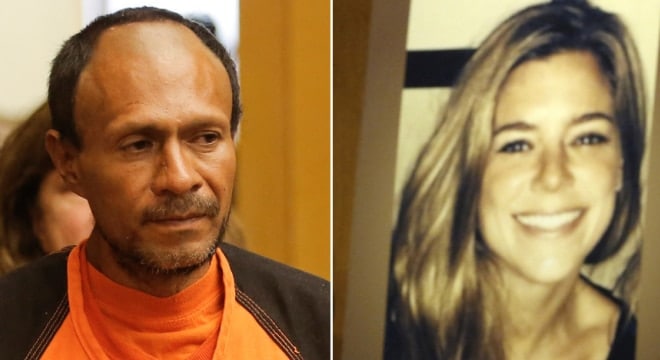 After last week’s not guilty verdict, prosecutors in the Kate Steinle murder case are crying foul that jurors were not allowed to inspect the firearm tied to her death.

The jury asked to pull the trigger on the unloaded weapon — which had been described as having an “extremely light” trigger and no safety — on the last day of deliberation, but the judge denied the request, attorneys said, according to local media reports.

“I think it was an incorrect decision by the judge,” said former Alameda County Deputy District Attorney John Creighton, who thinks the jury would have returned a different verdict on the murder charge. He told reporters: “The issue here is so central to what took place. The jurors should have been allowed to do it.”

During the trail, accused killer Jose Ines Garcia Zarate maintained that he found the gun wrapped in a T-shirt under a bench at San Francisco’s iconic Pier 17 and then the gun discharged when he picked it up. The gun had been stolen from a federal agent’s vehicle. Ballistics experts in the case called the shooting an accident since the bullet that Garcia Zarate fired ricocheted off the pavement away from him before traveling some 75 feet away and striking Steinle.

San Francisco police criminologist Gerald Andrew Smith testified that when he tested the recovered pistol, a Sig P239, it took 4.8 to 5.5 pounds for the trigger to break in single-action mode and 9 to 9.8 pounds in double-action mode, which he clarified were within the manufacturer’s standards. The federal agent who was issued the firearm said he left the .40-caliber handgun loaded with a round in the chamber and in double-action mode when it was stolen from his car in a high crime area.

Matt Gonzalez, head of Garcia Zarate’s legal team for the public defender’s office, said during the trial he wanted the jury to handle the gun, to feel the trigger weight for themselves. “I have handled this very firearm, and the trigger pull is extremely light,” he said. “That’s why I am so confident that I would like the jury to be able to handle it.”

While acquitted on murder charges, Garcia Zarate  — a Mexican national with at least seven felonies and five deportations under his belt — was found guilty of unlawful possession of a firearm by a felon, which carries up to three years in prison under California law.

Steinle’s family is currently part of a lawsuit cleared to proceed earlier this year by the courts against the Bureau of Land Management over the handgun.  In the case, a judge held that leaving a loaded gun in a backpack visible on the seat of an unattended vehicle in a high-crime area of San Francisco by the ranger created a foreseeable risk of harm.